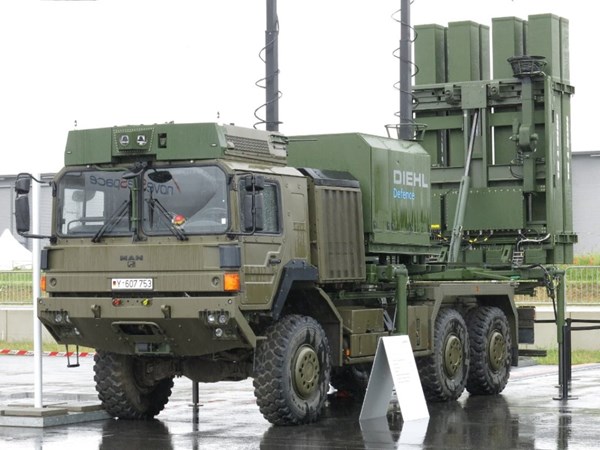 "Specifically in the field of air defense, where first of all, help was requested, we made sure that highly modern Iris-T systems were not delivered to another country, but rather delivered to Ukraine. This will happen in the coming weeks," said the German Foreign Minister at a joint briefing with her Icelandic counterpart in Berlin.

The IRIS-T is able to intercept fast-moving and miniature targets, such as air-to-air/surface-to-air missiles and air-to-surface/surface-to-surface missiles and rockets, UAV/drones, and cruise missiles; to improve the probability of a direct hit, the missile is equipped with an active radar proximity sensor.

The IRIS-T has the unique ability, in comparison to other similar missiles such as the AIM-9X, to target and shoot down other air-to-air and surface-to-air missiles thus offering 360° defence capability.A surface launched variant of the IRIS-T,the IRIS-T SL, actually has even further enhanced capabilities capable of destroying aircraft, helicopters, cruise missiles, air-to-surface missiles, anti-ship missiles, anti-radar rockets and large-calibre rockets. It also has high probability of a killing shot against UAVs and other small maneuvering threats at very-short and medium-range distances.