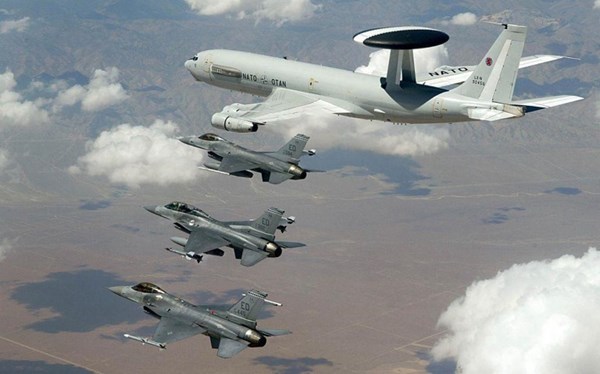 The German Armed Forces and its NATO allies are participating in secret exercises, the scenario of which involves simulation of a nuclear war. During the Steadfast Noon military drills, it is planned to practice the use of fighter-bombers that can be equipped with nuclear weapons, reports Deutsche Welle with reference to Deutsche Presse-Agentur (DPA) news agency.

The participants of the exercise will also work out the safe transfer of nuclear weapons from underground storage facilities to aircraft, as well as their installation. Training flights will take place without bombs. Details of the military exercises have not been disclosed yet. However, the photos published on the Internet indicate that Italian aviation also participates in the maneuvers, reports DPA.

The Bundeswehr's (German Armed Forces) Panavia Tornado combat aircraft of the 33rd Special Operations Squadron participate in the exercises. They are deployed at the Büchel Air Base in Eifel. American B61 nuclear bombs may also be stored there, reports DPA. This information is not officially confirmed. According to the news agency, US nuclear weapons may also be in Italy, Belgium, Turkey, and the Netherlands.

The news agency connects the substantially increased threat of nuclear war with the termination of the Intermediate-Range Nuclear Forces Treaty (INF). The US and Russia completed their withdrawal from the Treaty on August 2.