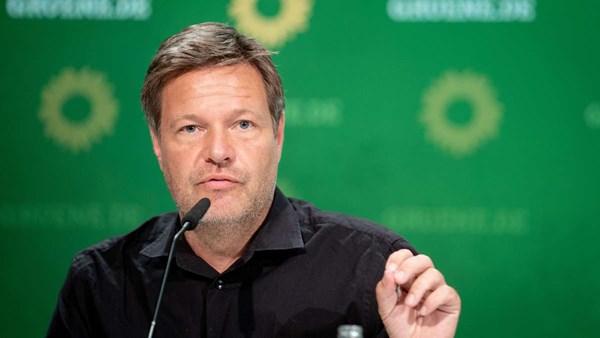 The construction of the Nord Stream 2 gas pipeline was a mistake from a geopolitical point of view, said the Vice-Chancellor of Germany, Federal Minister of Economic Affairs and Climate Action, Robert Habeck, in an interview with the newspaper FAZ.

When asked whether the transition to renewable energy would lead to dependence on Russian gas and the Nord Stream 2 pipeline, Habeck said: "All European countries, except Germany and Austria, have always been against it. And now the gas pipeline has been built. But the question of whether it will be put into operation remains open. This issue should be resolved from the perspective of European and national law."

The politician recalled that, according to the EU regulations, the ownership of the pipeline and the company operating it should be in different hands. "A policy aimed at supporting competition is a policy. It does not allow to create monopolies and at the same time - dependencies, " Habeck emphasized, adding that the German regulator - the Federal Network Agency (Bundesnetzagentur) will check the compliance of Nord Stream 2 with the EU regulations and decide whether it can start its operation.

Touching upon the threat of Russia's military invasion of Ukraine, Habeck stressed that "any further aggression should not remain without harsh consequences." "There can be no forbidden topics for discussion," the minister said, without mentioning Nord Stream 2 directly.

The possibility of refusing to put this gas pipeline into operation is considered by many politicians in the EU to be a necessary sanction step in the event of the Russian invasion of Ukraine. In Germany, this topic causes controversial discussions.

On December 17, after the EU summit in Brussels, German Chancellor Olaf Scholz said that he considers the launch of the Nord Stream 2 and the efforts made to de-escalate the crisis around Ukraine as two topics that are not related to each other. "In the case of Nord Stream 2, we are talking about a purely private economic project," Scholz said.

In November, the Federal Network Agency of Germany suspended the approval process for the pipeline, noting that it would become possible only after its operator Nord Stream 2 AG, based in the Swiss city of Zug, presented documents on establishing a separate company in Germany to manage the gas pipeline.

The Nord stream 2 certification process was supposed to be completed in January 2021. The decision, adopted by the Federal Network Agency, will be sent to the European Commission, which will study it for another four months. When the European regulator issues its opinion, the Federal Network Agency will have another two months to make a final decision on the certification of Nord Stream 2.