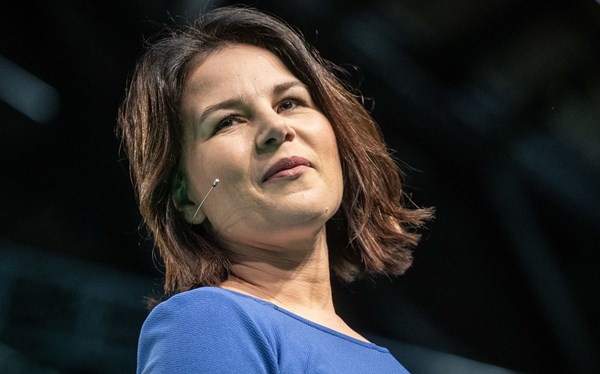 Germany's new foreign minister, Annalena Baerbock, currently sees no reason to commission the controversial Nord Stream 2 gas pipeline. This gas pipeline does not yet comply with the norms of European energy legislation, said Baerbock on the air of the ZDF television channel. In addition, according to her, it seems clear that "in the event of further escalation [of the Russian-Ukrainian conflict] this pipeline can no longer be connected to the gas transit network." This was agreed by the previous federal government with the US Congress, the German Foreign Minister specified.

In their agreement, the parties of the German government "traffic light coalition" established a provision that European energy legislation applies to all energy projects, including Nord Stream 2, Annalena Baerbock, emphasized. "And this means that in its current form, this pipeline cannot be approved, since it does not meet the requirements of European energy legislation, and security issues also remain unresolved," Baerbock said.

Touching upon the topic of the Ukrainian conflict, Baerbock in an interview with ZDF stressed that the recognition of "Ukraine’s sovereignty remains the basis for all our actions and for all negotiations" with Russia. At the same time, the German Foreign Minister stressed that "the door for negotiations is always and at any time open." Therefore, the G7 countries are ready to try to return to the Normandy format of negotiations with Russia.

In recent weeks, Russia has deployed tens of thousands of troops on the border with Ukraine. This increases fears in the West about a possible invasion of Ukraine by the Russian army. Moscow denies this and, in turn, accuses the Ukrainian government of provocations.

"Now we are at the stage where we want to do everything so that the negotiations can take place again, because negotiations are the best and most reliable way to avoid further escalation," Baerbock said.

Last summer, the United States and the German government under the leadership of then-Chancellor Angela Merkel warned Russia in a joint statement against "using energy resources as a weapon or committing further aggressive actions against Ukraine." In this case, Germany will "act at the national level and at the level of the European Union and seek to take effective measures, including sanctions, in order to limit Russia's ability to export energy to Europe, including gas exports," the U.S and Germany said in a joint statement.