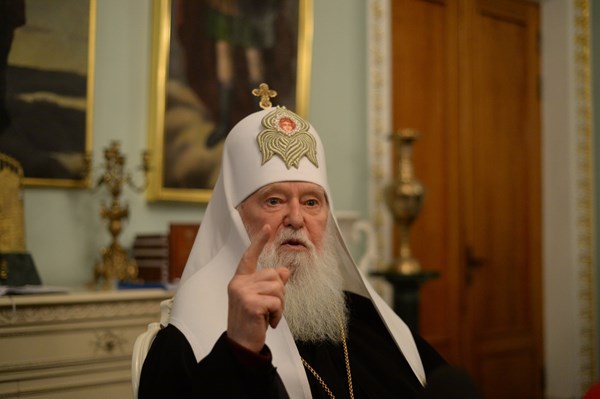 At the “Return to the faith of the fathers” forum in Lviv, Kyiv Patriarch Filaret (Denysenko) explained how President Petro Poroshenko played an important role in obtaining autocephaly (independence) for the Ukrainian Orthodox Church.

“Our enemy knows well that, if there is no firm spiritual foundation, if we build our country on the sand, then this house will not stand long. And we must build on a firm foundation. And that is why, at the very start, Moscow, when it was unable to break me, divided the Ukrainian church, which was united at the time, into three parts. And we understood that, until we unite, there will be a battle, and so we repeatedly asked the Ecumenical Patriarch to provide the charter of the Autocephalous Ukrainian Church, but despite the fact that all the presidents supported this, they were unable to do anything,” Filaret said.

According to Filaret, the unification of the Ukrainian churches into one local church is a development of epochal significance.

“Without a united Orthodox Church, recognized by the entire orthodox world, the Ukrainian state could not exist for a long time, because every state must have a strong spiritual basis. And this basis is the Orthodox Church, as the largest in Ukraine, the Greco-Catholic Church, and the other Christian churches,” Filaret believes.