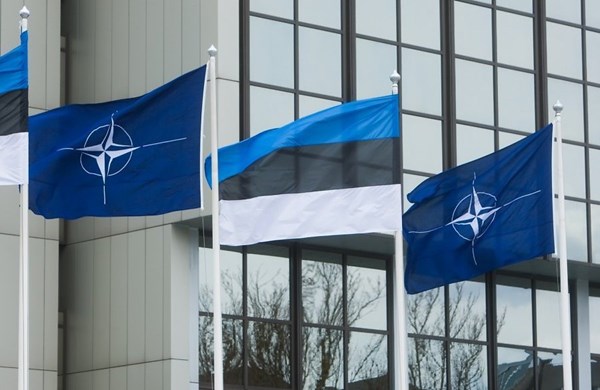 The Estonian Parliament, the Riigikogu, formally called for the implementation of a no-fly zone over Ukraine on Monday, the first NATO member to do so.

A statement released by the parliament explained, “The Riigikogu expresses its support to the defenders and the people of the state of Ukraine in their fight against the Russian Federation that has launched a criminal war, and calls on showing absolute support to Ukraine in its war for maintaining its freedom, sovereignty and territorial integrity.”

Ukrainian President Volodymyr Zelensky has repeatedly called on NATO to implement a no-fly zone over Ukraine. The US has vehemently responded that such a measure would be tantamount to war with Russia, as it would require actively shooting down Russian aircraft.

"The Riigikogu asks the UN member states to take immediate steps to establish a no-fly zone in order to prevent massive civilian casualties in Ukraine," the statement continued. "The Riigikogu urges all national parliaments to adopt statements that call on their governments to support the imposition of additional sanctions against the Russian Federation as well as the Republic of Belarus that participates in the aggression."

Estonia’s parliament also called for the imposition of a strict trade embargo on Russia and Belarus, “which would restrict the capability of the aggressor states to wage war.”

The Riigikogu further reiterated its support for allowing Ukraine to obtain the status of a candidate state of the EU and also providing Ukraine with a roadmap to achieving NATO membership.