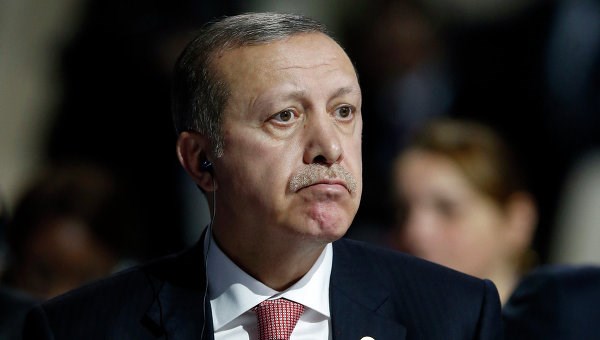 Speaking at a business forum in the capital of Kyrgyzstan, Turkish President Recep Tayyip Erdogan said that Turkey intends to achieve full independence of economy, the Turkish newspaper Milliyet reported.

In particular, Erdogan mentioned the agreement on the purchase of anti-aircraft missile systems S-400 from Russia. “We reached an agreement with Russia on the purchase of S-400. Somebody is concerned about this. Sorry but we are not going to ask anybody for permission,” said the Turkish president.

The US opposes Turkey’s purchase of Russian S-400 air defense missile systems. In response, Washington threatened not to sell modern F-35 and F-16 fighters to Turkey. Ankara and Washington had agreed on the purchase even before the situation around the Russian air defense systems worsened. The US military forces announced that it is impossible to integrate Russian S-400 into NATO systems (Turkey is a member of the Alliance).

At the end of August, during a visit to Turkey, US congressmen recommended that Ankara refuse to purchase Russian air defense systtams.

Turkish Foreign Minister Mevlut Cavusoglu responded that Ankara must protect its airspace, while the US cannot guarantee the sale of Patriot missile defense systems. Chavushoglu asked the US to leave threats and resolve the diplomatic crisis.