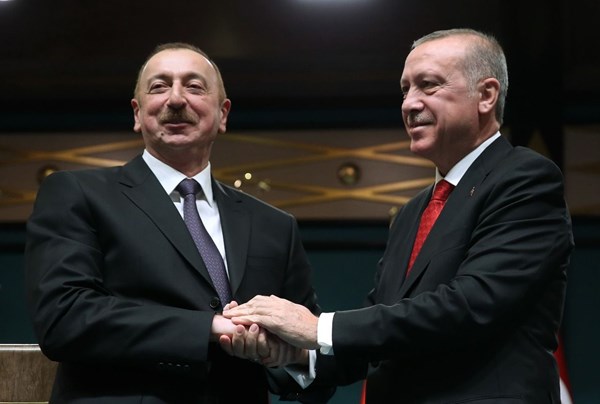 Turkish President Recep Erdogan held a telephone conversation with the of Azerbaijani President, Ilham Aliyev, during which the presidents of the two countries condemned the statement of the American President Joseph Biden on the Armenian genocide.

"During the telephone conversation, the presidents condemned the statement of US President George Biden about the so-called "Armenian genocide,"" the statement published on Aliyev’s website reads.

Aliyev called the words of the American President a historical mistake. In his view, such a statement was unacceptable. The Azerbaijani President also noted that Biden's words have damaged the emerging trends for cooperation in the region.

On April 24, Biden called the massacre of Armenians in the Ottoman Empire in 1915 a genocide. He informed Erdogan about his intention to make such a statement the day before. The Turkish Foreign Ministry called the U.S. president's words populist.

During the First World War, according to various data, between 700,000 and 1.5 million Armenians were killed by Ottoman paramilitaries. The Turkish authorities believe that the killings were not genocide. Russia, Germany, France and several other countries also support this version of events.

In the United States, both houses of parliament recognized and condemned the Armenian genocide in 2019.