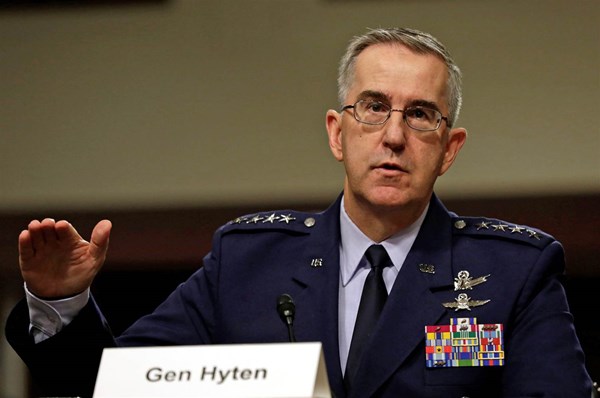 General John Hyten, Commander of the US nuclear forces and the US Strategic Command said that Russia has increased its deployment of cruise missiles that violate the Intermediate-Range Nuclear Forces Treaty (INF Treaty), Radio Liberty reports.

It was reported in September that there were discussions within the Alliance about compliance with the Intermediate-Range Nuclear Forces Treaty and its impact on NATO's security policy. The indefinite agreement, signed in 1987 by the USA and the USSR, forbids the production, testing and deployment of ballistic and cruise medium-range (from 1,000 to 5,500) and short-range (from 500 to 1,000) land-based missiles.

The US has repeatedly accused Russia of violating the terms of the treaty. In February, the New York Times reported that Russia had secretly deployed cruise missiles, violating the treaty with the United States.

On March 1, Russian President Vladimir Putin spoke in an address to the Federal Assembly about Russia's newest weapons: the Sarmat strategic missile complex, the Kinzhal missile, a hypersonic missile system with a planning wing unit and a combat laser installation.