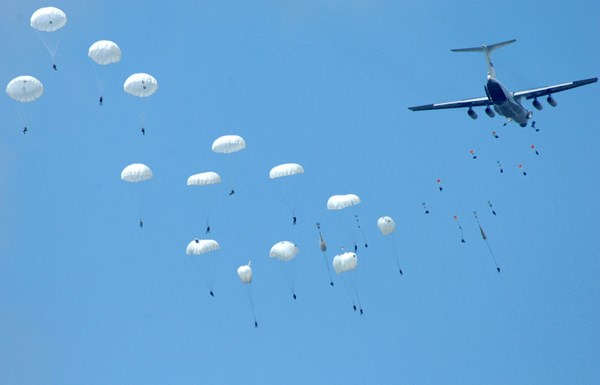 Hundreds of British paratroopers parachuted in Ukraine’s Mykolaiv region on September 18 as part of the Joint Effort 2020 exercise. It is the largest amphibious exercise for Great Britain in more than 20 years, reported BBC.

The British paratroopers parachuted from several C-130 Hercules aircraft, which took off from a military airfield in Britain. Soldiers of the 16th Air Assault Brigade of Great Britain, heavy infantry weapons and equipment were on board the aircraft.

According to the command of the Ukrainian Air Assault Forces, Ukrainian paratroopers landed in the same training range from Il-76 and An-26 aircraft right after the British servicemen.

The airborne landing was the first stage of the exercises the Joint Effort -2020 strategic command and staff exercises.

According to the British news agency Sky News, these exercises are held "to show solidarity with Ukraine."