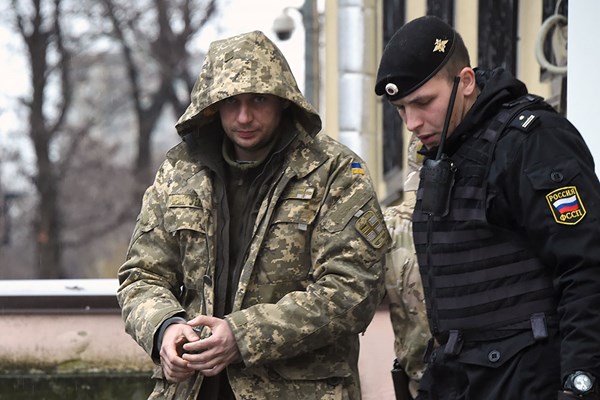 According to lawyer Sergey Badamshin, 15 of the 24 captured Ukrainian sailors being held in a Moscow jail have identified themselves as prisoners of war and demanded that they be treated as such in accordance with the provisions of the Geneva Convention.

Badamshin added that the Crimean court hearing their case has been deliberating for two days now on the Ukrainian military’s appeal against illegal arrests. “The ‘Court’ rejects all complaints. But we must understand that the ‘court’ shows no humanity or independence in this case," Badamshin told Hromadske.ua .

The lawyer was certain that the next arrest extension would be automatic, probably at the end of January, and that the sailors would remain in the pretrial detention center for another three months. Badamshin said that three of the wounded Ukrainians, Vasyl Soroka, Andriy Eider and Andriy Artemenko, are still in Matrosskaya Tishina prison hospital, but their transfer to Lefortovo has been planned.

“This place [Lefortovo] has more stringent conditions, as there is no opportunity to communicate. Of course, the main task [of Russian authorities] is to isolate the sailors and prevent them from speaking with the defense,” Badamshin stated.

On November 25th, the Russian military captured three Ukrainian ships in the neutral waters of the Black Sea. The two boats, a tug boat and their crew of 24 people were taken to Simferopol where a Russian-controlled court arrested all Ukrainians for two months. The next day, the sailors were transported to Moscow, where they are now being detained.