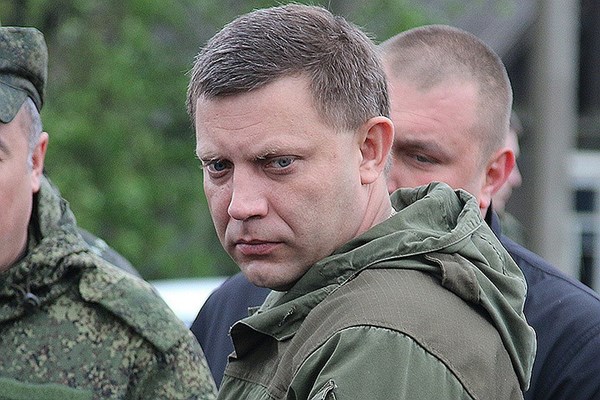 Recently Moscow has been blatantly dissatisfied with the “government” of the Donetsk People’s Republic (DPR), but most of the admonitions have been directed at its ringleader, Alexander Zakharchenko, and his right hand man, Alexander Timofeev “Tashkent”.

Among other things, the bosses in Moscow gave Zakharchenko an ultimatum: to disband all his armed groups and to hand over their weapons to the Russian army, something he categorically refused to do. After all, he himself had led such a group, the Republican Guard which was created on the basis of the Oplot (“Stronghold”) militant organization, Novaya Gazeta reports in an article titled “Insatiable”.

“After the unification in 2015-2016 of the armed groups of the DPR and LPR into united corps, the guard remained the only major group not controlled by the Russian military custodian. Moscow also did not control the numerous departmental security and protection services – which virtually every ministry in the DPR had… Locals called these departmental armies ‘special forces for the expropriation of property’,” the article writes.

At the start of July, Moscow made a strict demand of Zakharchenko: the armed groups in the republic’s territory must be disarmed and their weapons surrendered to the warehouses of the Armed Forces of Russia.

“In Donetsk itself, the news was perceived as a signal of the swift resignation of Zakharchenko, whose powers ended this autumn. But, as they say in Donetsk, Zakharchenko had no desire to leave,” the newspaper observes.

The conflict did not only revolve around the armed groups: Zakharchenko was also in charge of the “economic aspects” of the local quasi-criminal economy.

“Nearly all the republic’s profitable businesses were concentrated in the hands of the insatiable Zakharchenko-Timofeev (‘Tashkent’) pair. Tashkent had control of the mining of coking coal and anthracite, as well as their transportation to Russia – this coal later returned to Ukraine as Russian raw materials… For his simple services, Tashkent collected a ‘fee’… In Donetsk they say that Timofeev wanted to receive ‘commissions’ proportional to turnover,” the article continues.

The journalists’ conclusions are supported by an anonymous former participant in the Russian special forces’ “Novorossiya” project, who was asked to comment on the situation. The former militant remarked that the economic situation attracted not only Timofeev and Zakharchenko, but also the Russian special forces tied to the re-exportation scheme, Yanukovych’s organizations, and their “wallet”, Serhiy Kurchenko.

“The cake became a lot bigger, and everyone wants a bigger piece for themselves, and not to share in a civilized manner. For "Dad" [Zakharchenko] and Takshent to compete with the big fish was out of their depth,” the source commented.

On the evening of Friday, August 31, the Russian media reported that Alexander Zakharchenko had been killed. The DPR ringleader reportedly received a fatal head wound when a bomb went off in a restaurant in Donetsk. His bodyguard was also killed.

DPR militants soon reported that they had apprehended “Ukrainian saboteurs” purportedly involved in planning the assassination.

The Security Service of Ukraine (SBU) confirmed that Zakharchenko had been killed but denied any Ukrainian involvement in the targeted killing. Instead, the SBU postulates that the DPR leader may have been killed due to an internal criminal showdown or taken out by Russian special forces.