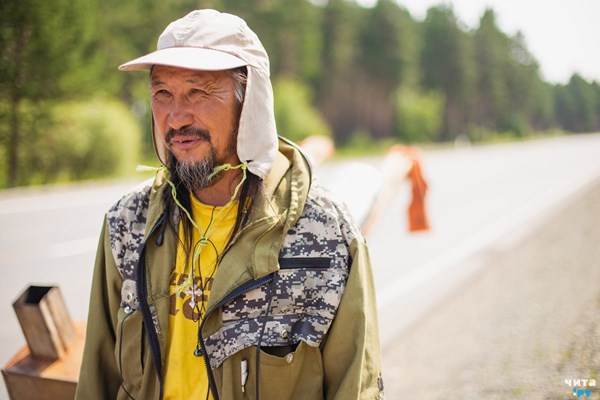 Shaman Alexander Gabyshev, who was abducted by Russian security forces in Buryatia on September 19, is sent to the Yakut Republican mental hospital, reports Interfax news agency, citing the press service of the Russian regional health authority.

It is noted that doctors will conduct a psychiatric diagnostic, which is "based on a conversation with the patient to clarify the history of life and illness."

"If the patient has any disorders, we are ready to provide qualified medical care. If necessary, social services could also be included," reports Russian regional health authority.

Yakut shaman Alexander Gabyshev had been journeying for several months on foot in the direction of Moscow. According to Gabyshev, he was planning to "exorcise Russian President Vladimir Putin in 2021." Gabyshev considers that the President of Russia is an "emissary of dark forces," whom only he can exorcise. Since the beginning of the journey, he walked about 3 thousand km and attracted many followers.

On Thursday, Gabyshev was detained on the Baikal highway in Buryatia. The Russian Interior Ministry reported that previously Gabyshev was placed on a wanted list.

When asked about the Kremlin's involvement in the detention of shaman, Putin's spokesman Dmitry Peskov said that "journalists should ask local authorities for more information".

The human rights organization Amnesty International called Gabyshev a "prisoner of conscience" and stressed that he should be released.