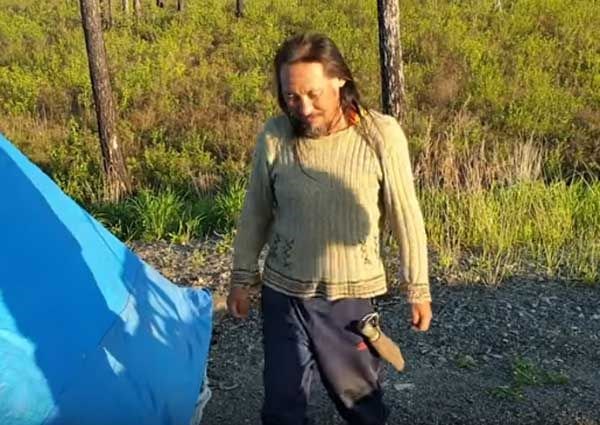 In the early morning of September 19, unknown persons attacked the camp of the Yakut shaman Alexander Gabyshev, who was on his way to Moscow in order to “exorcise Vladimir Putin”. The incident occurred on the federal highway on the border between Irkutsk and Buryatia, where the shaman had stopped for the night.

“At about six in the morning, several vehicles approached the camp, blocking off the road on both sides. There were about 40 people with masks on their faces, a few of them were holding weapons and flashlights. Without explaining anything, they made us lie face down. We did not see what happened next. They abducted the shaman. They woke him up, did not let him get dressed, and took him away. We don’t know where he is now, our people have gone to look for him in Ulan-Ude,” explained Dmitry Kryukov, one of the shaman’s followers, adding that members of the Russian National Guard were among the raiders.

Another Russian news outlet, Znak.com, cited eyewitness reports that at least 40 law enforcement officers were involved in the operation to arrest Gabyshev. “Two buses with police came, turned and loaded [him] with his trolley and took him towards Ulan-Ude,” recounted a source, adding that the shaman could be accused of “organizing an extremist society”.

On September 9, local shamans from the Tengeri society tried to stop Gabyshev on the Buryatia border. Two of his followers were arrested in Ulan-Ude for inciting riots in the republic’s capital.

Gabyshev had been journeying for several months on foot from Yakutia towards Moscow. He claimed that Russian President Vladimir Putin is an “emissary of dark forces” whom only he could successfully exorcise.