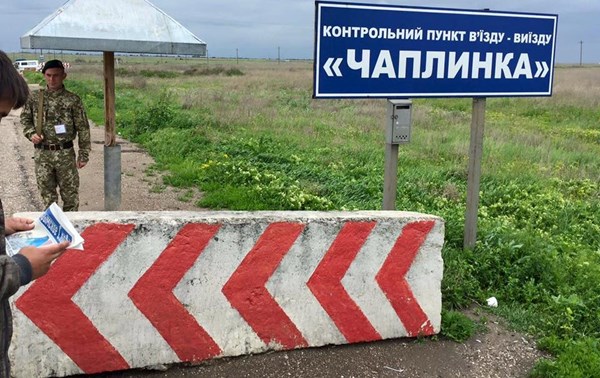 A large traffic jam built up at Chonhar checkpoint on the administrative border with the Crimea on July 17, Krym Realii reported.

"They registered vehicles slowly and intentionally, though there were no objective reasons for this," he explained.

According to the State Border Service of Ukraine representative, there were no traffic jams at Kalanchak and Chaplynka checkpoints. Ukrainian border guards asked would-be travelers to consider the traffic situation at Chonhar checkpoint when planning their trips.

The Service reported the same situation in June 2018, when Russian border guards caused a large traffic jam at Chaplynka and Kalanchak checkpoints. The agency also stated a steady decline in passenger-transport flow through an administrative border by 6% in June 2018 compared to June 2017.

The Kherson region’s three checkpoints are formally administrative but in practice they have been real borders between mainland Ukraine and the Crimea since Russia annexed the peninsula in early 2014.