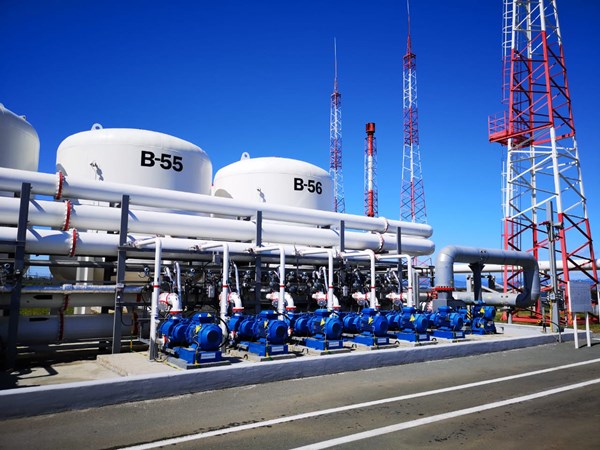 After a year of calm relations between Russia and Belarus in the oil sector are again beginning to deteriorate.

Russian oil giant Transneft is considering the possibility of terminating the operations of its Belarusian subsidiary due to a sharp increase in taxes and pressure from Belarusian law enforcement agencies.

Zapad-Transnefteprodukt, which supplies gasoline from Russian and Belarusian refineries to Hungary and Latvia, may suspend activities, Transneft President Nikolai Tokarev told TASS. Since the beginning of the year, Minsk has increased the tax rate on the transit of Russian oil and petroleum products from 18% to 50%, and also introduced an environmental tax.

"The company is running on empty. 700 Belarusian citizens work there, and the profitability is negative. Of course, this situation cannot suit Transneft," Tokarev said, adding that the situation of the Belarusian subsidiary has been created by the Belarusian authorities.

According to Tokarev, Belarusian law enforcement officers, prosecutors, and tax officials were involved in the case.

"We will conduct a very careful economic audit. Although everything is already clear to us, and we will make a decision based on the future. In the near future, in two or three weeks, there will be a signing of a large package of agreed bilateral documents. If after that the situation does not change, well, then the issue will have to be resolved, up to the suspension of the company's activities, " said the head of Transneft.

At the beginning of the year, Transneft warned that by sharply raising taxes, Minsk creates conditions for the bankruptcy of Zapad-Transnefteprodukt with the possible subsequent nationalization of the company. According to the company's estimates, the new tax regime will result in 700-800 million rubles ($9.72-$11.1 million) of losses annually.

Transneft’s official representative, Igor Demin, then explained that the 50% tax is discriminatory, since it was introduced only against Zapad-Transnefteprodukt, and does not apply to Belarusian companies.

Belarusian President Alexander Lukashenko warned of a possible nationalization of Russian pipeline assets in 2019, when Moscow and Minsk were arguing over oil prices. He threatened to take two of the three lines of the Druzhba pipeline, which transfers every fifth barrel of Russian oil to Europe.

"I have three lines of the Druzhba oil pipeline. First, I pick up one and give it to our refineries. If it works well, I will take the second line. You will have one left," Lukashenka said at the time.