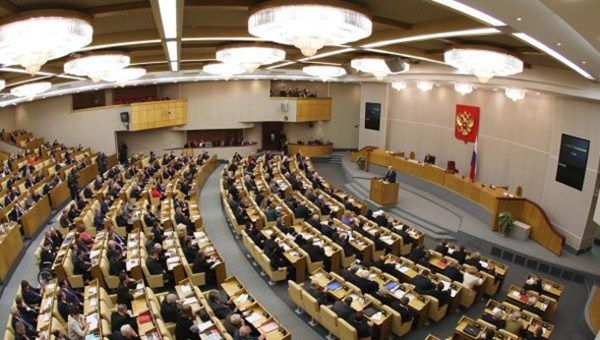 The State Duma budget and taxes committee has recommended the adoption in the first reading of a bill to create offshore zones in Russia with a special tax regime for the international holding companies through which the wealthiest Russians control the economy’s key assets.
It follows from the bill, as cited by TASS, that within the special administrative zones on the Oktyabrsky and Russky islands in the Kaliningrad province and Pimorsky Krai, which are designed to replace the western offshore locations favored by Russians, it will be possible to play zero tax to the budget.

The zero rate will apply to the dividends which the holdings pay their majority shareholders. In order to qualify for this rate, an individual will need to own at least 15% of the capital of the company paying dividends for at least one year prior to the time when the decision is made to pay out.
Income received by foreigners for shares in public holding companies will be taxed at 5%.

The State Duma will begin its review of the law on July 18. The government hopes that it will be adopted by the end of the spring session, observed Minister of Economic Development Maxim Oreshkin last Friday.

According to him, the creation of offshore zones within Russia will help with the “de-offshorization” of the Russian economy. “The main thing in the packages of bills which are currently being considered in the State Duma is so-called redomiciliation. This is the opportunity to transfer a company from one jurisdiction to another jurisdiction while completely retaining the assets, rights and obligations of this company,” the minister emphasized.

The Central Bank of Russia has objections to the law. The bank believes that the rule which permits Russian companies to freely withdraw to their offshore accounts funds acquired from foreign companies registered in special administrative regions contradicts the primary goal of the bill – to bring back Russian capital from abroad.
“The aim of the bill is returning Russian capital from abroad, protection from sanctions through transferring foreign assets to a closed zone, soliciting investments into Russia from abroad, and development of the corresponding regions. Providing unrestricted opportunities to transfer funds to residents’ accounts abroad from foreign legal entities, registered in continuity and in accordance with the Federal Law ‘On international companies’ and their accounts in Russian authorized banks will not correspond to the above-mentioned aims,” Central Bank commented.