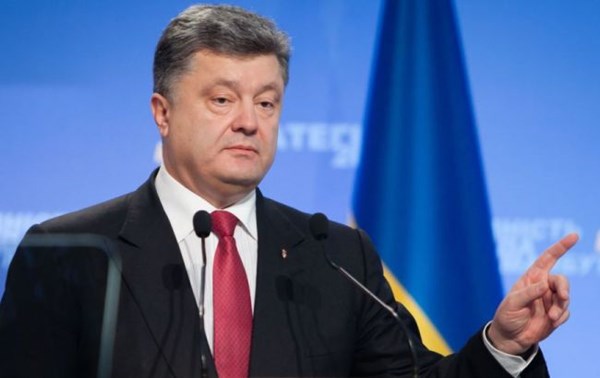 Ukrainian President Petro Poroshenko asked Ukrainian diplomats to prepare a new resolution on the Crimea for the next session of the UN General Assembly (UNGA) in order to stop any speculation about the status of the peninsula, the head of the state wrote on his Facebook page.

“Ukraine continues the struggle for the de-occupation of the Crimea, for the rights and freedom of the Crimean Tatar people. I have asked diplomats to prepare a new resolution on the Crimea for for the next session of the UN General Assembly in order to stop any speculation about the status of the peninsula. The General Assembly has repeatedly supported the position of Ukraine, in particular, regarding the violation of the rights of Crimean Tatar people. Therefore, the position of the civilized world remains unchanged – the Crimea is Ukraine,” stressed Poroshenko.

He noted that the world celebrates the International Day of the World’s Indigenous Peoples on August 9. For Ukraine, this date is a reminder of the fate of Crimean Tatars who are now living under conditions of Russian occupation and are subject to oppression and harassment.

“We are doing everything to bring closer the time when Crimean Tatars, an indigenous people, will continue to cherish the unique traditions of their ancestors in the free Ukrainian Crimea,” the Ukrainian President assured.

Earlier, the UN General Assembly had already adopted two resolutions on human rights in the Crimea. In December 2016 and 2017, the UN General Assembly approved the resolution “Situation of human rights in the Autonomous Republic of Crimea and the city of Sevastopol”. The document demands that Russia comply with the interim measures of the recommendations of the International Court of Justice on the abolition of the ban on the Mejlis of the Tatar people in the Crimea and provide education in the Ukrainian and Crimean Tatar languages on the peninsula.