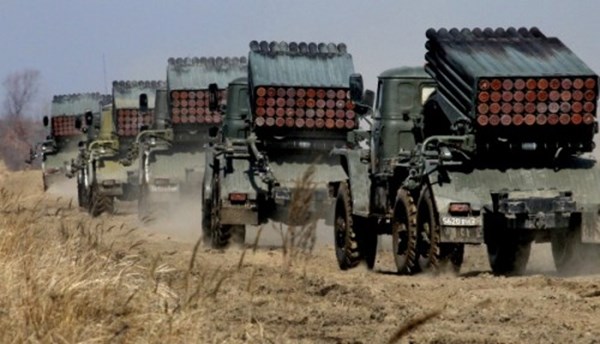 Advisers to the heads of the sates of the Normandy quartet agreed on three pilot sites for troops and weaponry withdrawal in eastern Ukraine.

The Deputy Head of Administration of the President of Ukraine, Kostiantyn Yeliseyev, met with the advisers to the heads of the Normandy Four states and an OSCE Representative in Minsk.

The participants agreed on the areas for the withdrawal of troops and weaponry, as reported by the administration of the President of Ukraine.

"Now we have chosen three pilot sites where the withdrawals will begin. Thease are Stanytsia Luhanska and the areas near Petrovske and Zolote. Experts and the military in the areas have been given clear instructions to implement these decisions as soon as possible," Yeliseyev said.

Kiev expects that the decision on the pilot sites for the withdrawal of troops and weaponry will be implemented by July 1st.

Moreover, Ukraine believes that a save election process in the Donbas is possible only if an armed OSCE Mission is deployed in the region. Yeliseyev emphasized that Kiev insists on the necessity of the deployment of the Mission in order to guarantee security before and after local elections in the Donbas.