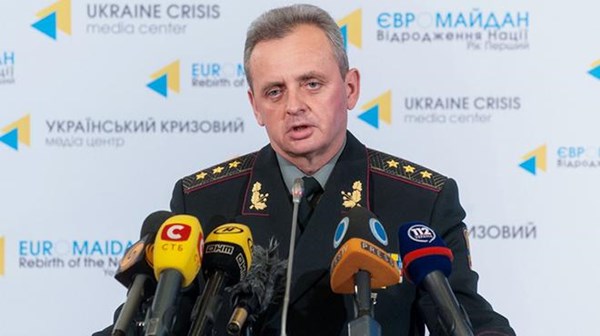 The Chief of the General Staff of the Ukrainian Armed Forces, Viktor Muzhenko, reported that four battalions have been created in Ukraine according to NATO standards and that a fifth one was also being formed.

As he said on Saturday, October 15, in an interview with TV Channel 5, "quite a high level of training, with quite positive feedback reciived from American and Canadian instructors regarding our military personnel’s competence and motivation."

Muzhenko also added that Ukraine is now conducting training of the military personnel with the help of foreign instructors, particularly, from the United States, Estonia, Canada, Ukrainian military and Ukrainian special operations forces.

The General expressed his conviction that the Ukrainian army is able to implement most of the 1,200 NATO standards.

After the former President of Ukraine, Viktor Yanukovych, was ousted at the end of 2014, Ukraine rejected the non-aligned status adopted by Yanukovych in 2010. But the country has not yet officially resumed the previously well-defined course to join NATO, developed in 2004 by Yanukovych, who served at that time as the Prime Minister under the presidency of Leonid Kuchma. Meanwhile, Kyiv has formally committed itself to the task of moving towards the standards and principles of the Alliance and actively cooperates with NATO in many different areas.