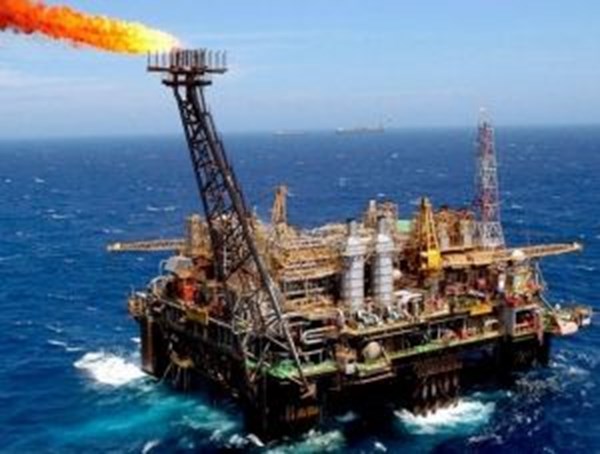 Gas production by the Russian Federation in the exclusive marine zone of Ukraine in the Black Sea will be the subject of lawsuits, according to the Ukrainian Minister of Temporarily Occupied Territories and Internally Displaced Persons (IDPs), Vadym Chernysh, UNIAN informs.

On the 20th of July, a meeting of government officials, chaired by the First Vice Prime Minister of Ukraine, Stepan Kubiv, was held, in which almost all Ministries that deal with "de-occupation of Crimea" presented their reports. "According to the data provided yesterday, as well as the preliminary estimates of the experts, the production of natural gas offshore in the exclusive marine zone of Ukraine is on-going. Gas is supplied to the occupied Peninsula. In fact, according to the Constitution of Ukraine, those resources are the property of the people of Ukraine," Vadym Chernysh said.

As the Minister noted, the same applies to the use of the biological resources of the Black Sea. "The use of these resources will also be subject to legal proceedings and claims from the Ukrainian State," Chernysh stressed, explaining that Ukraine will refer to the norms of the United Nations Convention on the Law of the Sea (UNCLOS) in its lawsuits.

During the meeting the issue of Russia's intention to build a bridge across the Kerch Strait was also discussed. "The issue of the so-called construction of the Kerch Strait Bridge was also discussed. The facts of the case were considered and technical issues will be examined under the instruction of Stepan Kubiv. Also, the documents must be provided to the Ministry of Foreign Affairs in cooperation with the Ministry of Justice in the framework of the Convention on the Law of the Sea. The same applies to the use of the shelf," Chernysh said.

In May 2014, the then Prime Minister, Arseniy Yatsenyuk, said that the Ukrainian government will submit a claim concerning Russia's "expropriation" of the Chernomorneftegaz company to the International Court of Arbitration in Stockholm. Chernomorneftegaz, which is part of Naftogaz of Ukraine and specializes in the exploration and production of oil and gas in the Black and Azov Seas, was re-registered in Crimea in accordance with Russian legislation in November 2014.