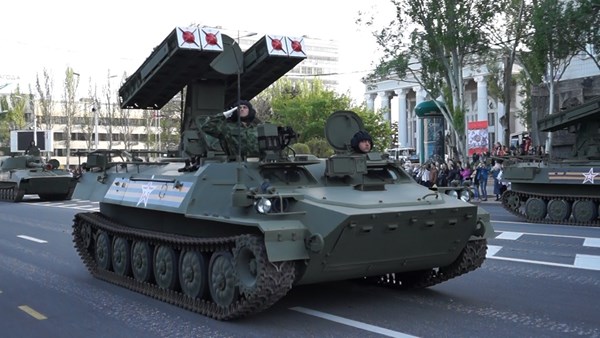 Ukrainian Ministry of Defense spokesman Andriy Lysenko proposed implementing a program that solicits the surrender of separatists with weapons. He proposed the initiative on Facebook, naming the project "Make profits while saving lives."

Essentially, separatists who surrender their equipment to Ukraine (tanks, infantry fighting vehicles, armored personnel carriers, self-propelled guns) acquire the right in court for a reduction of or exemption from punishment and will receive monetary compensation in the same way that soldiers of the Armed Forces of Ukraine receive money for turning in disarmed enemy weapons.

"This way the separatist saves his life, receives a good profit and saves the life of our children, depriving the enemy of a weapon and one specialist. The AFU [Ukrainian Armed Forces] acquires a unit of working equipment almost free of charge," Lysenko says.

He noted that he observed this practice in Iraq, where he served as part of the peacekeeping contingent. "The US military officially redeemed weapons from Iraqi insurgents. These were usually Strela or Stinger man-portable air defense systems RPG-7 portable rocket-propelled grenades," the Colonel said.

Lysenko proposes an international money fund for the project—which will facilitate the freeing and restoration of the Donbas—or use money from the state budget which is allocated for compensation to soldiers for disarmed enemy equipment.

Colonel Lysenko did not elaborate on how he proposes to pay for each tank, self-propelled gun or armored personnel carrier.