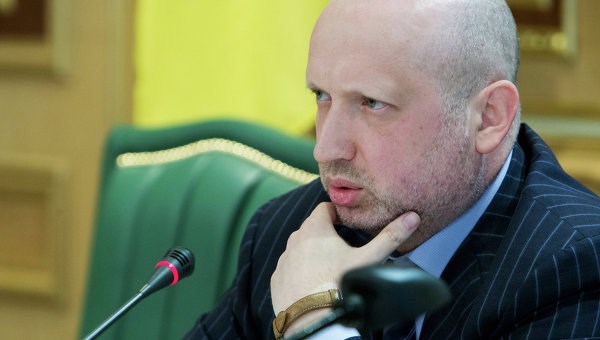 The Secretary of the National Security and Defense Council of Ukraine (NSDC), Oleksandr Turchynov, stated that NSDC can consider the implementation of martial law in Ukraine due to the situation in the Donbas. According to him, active aggressive actions by Russian troops have led to a systematic deterioration of the situation in the east of the country.

“Continuous shelling with the use of powerful weapons by Russian aggressors, modern means of guidance and correction of fire, prohibited by Minsk Agreements, led to significant losses among our soldiers. We lost seven Ukrainian servicemen; fourteen servicemen were injured over the past 24 hours,” Turchynov said.

Turchynov also stressed that Ukrainian servicemen strictly adhere to the Minsk Agreements and use weapons only in response to provocations by separatists. The Secretary of the National Security and Defense Council of Ukraine reported that Ukraine has informed its western partners through diplomatic channels about cynical and arrogant violations of Minsk Agreements by Russia.

“In case of continuation of these dangerous trends, Ukraine will take all the necessary measures to protect the integrity of our country and security of its citizens until inclusion of the issue on the implementation of martial law in the agenda of the National Security and Defense Council of Ukraine,” the press service of NSDC quotes Turchynov. According to the Ukrainian Armed Forces headquarters, seven servicemen were killed and fourteen injured in the Donbas over the past 24 hours.