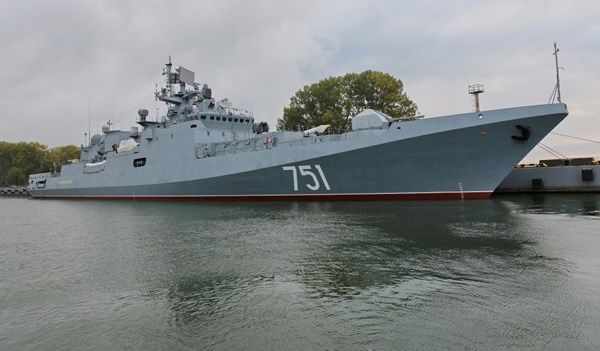 The Latvian Armed Forces once again observed a Russian naval frigate off the coast of Latvia, Evropeyskaya Pravda reported.

The ship was the Admiral Essen of the Admiral Grigorovich class- the latest class of frigates ordered by the Russian Navy.

“In the exclusive economic zone at a distance of 7 nautical miles from the border of Latvia on July 23, the Russian frigate ‘Admiral Essen’ of the ‘Admiral Grigorovich’ class was spotted,” the Latvian Armed Forces wrote on Twitter.

Relations between Moscow and the West have deteriorated significantly since Russia’s annexation of the Crimea and subsequent destabilization of Ukraine. Since that time, it has become increasingly common for Russian naval ships to sail near the borders of the Baltic States. Similarly, Russian military aircraft are often intercepted and escorted by NATO fighters of the Baltic.

Many in the West have stated that such actions are Russia’s attempts to demonstrate its power.