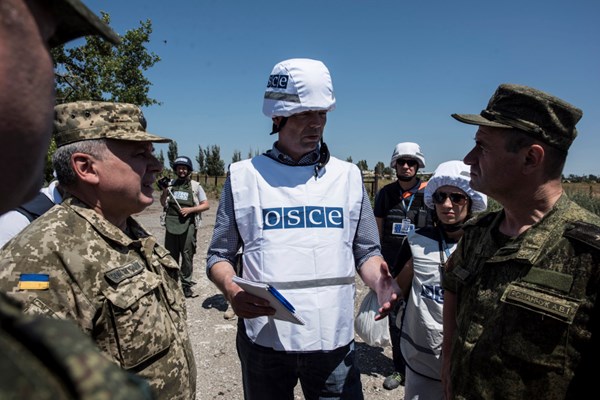 As was stated by the Deputy Chief Monitor of the Organization for Security and Cooperation in Europe's (OSCE) Special Monitoring Mission (SMM) to Ukraine, Alexander Hug, all parties associated with the conflict in the Donbas region should reroute in the direction of Yasinovataya and withdraw their troops from the line of contact. Only after this can the Donetsk-Horlivka route be opened for civilian transport.

"We observed intensive fighting on this territory. Civilians using this route would be at risk. But I would like to say once again: security concerns cannot serve as an excuse for the fact that the route will always be closed for civilians, this is a civilian route," Hug told a journalist on Monday.

He added that the decision to open the route for civilian traffic depends on both sides of the conflict.

"Now it is up to the parties to decide whether it is necessary to redefine the situation and then to take measures to allow civilians to use this route. Civilians should not suffer because the parties have come too close to each other. It would not be logical to close the route and not to put aside divisions from each other," Hug said.

"The parties should withdraw their troops to open the route in the coming weeks; I’m not saying that it should happen tomorrow. The route should serve the interests of civilians," he said.