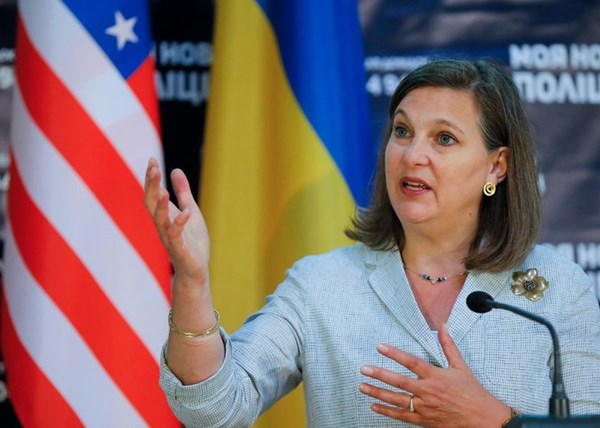 The US insists that Ukraine make changes to the constitution, which would grant “special status” to the occupied regions of Donetsk and Luhansk, Novoye Vremya reported.

This position was reportedly voiced by Assistant Secretary of State Victoria Nuland during a meeting with representatives of parliamentary factions in Kiev on Tuesday.

The US also insists that Ukraine hold elections in the Donbas region in the near future.

Victoria Voytsitska, a Deputy from the Samopomoch (Self-Reliance) party, met with Nuland, stating that, according to the US State Department, “heavy weapons should be ‘closed’, and their ‘storage’ must be observed by the special OSCE mission. We are told that if we hold elections, then it will set a precedent, it will be the first time in history that Russian troops voluntarily left the territory they occupied. This is not a guarantee that Russian troops will leave, and there cannot be one.”

"We should understand that nobody is going to withdraw heavy weapons," Voytsitska commented.

Nuland reportedly stated that if the Verkhovna Rada passes a law to hold elections in the Donbas, the US will extend sanctions against Russia for another six months. Washington expects the elections to be held in July.

The Assistant Secretary of State also mentioned that Ukraine should provide amnesty to separatists.