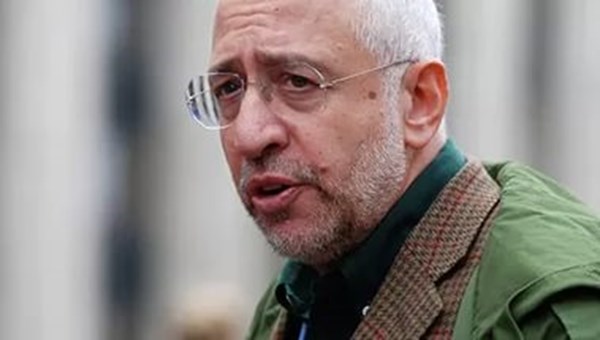 A member of the Council of the President of the Russian Federation on the issues of the Development of Civil Society and Human Rights, Nikolay Svanidze, said that "the situation with the Crimean Tatars is terrifying”, as reported by Krim.Realii. He said this during the program "Minority Report" on the Ekho Moskvii radio station, which was broadcast on February 12th.

According to him, it's necessary to respond to the human rights violations in Crimea.

"We definitely must respond. In the Human Rights Council there is a group which is responsible for Crimea. It's a temporary group which, judging by the way things are, will become quite a long-term one. And I'm a co-chairman of this group. And of course, we will work, gather information; we'll analyze this information and report it to the president," Svanidze stated.

"In general, the situation with the Crimean Tatars is terrifying. If you call things by their real names [sic]. These are the people who suffered a great deal historically, suffered during the reign of the Soviet regime, because it's also one of the deported nations: Chechen, Ingush, and many other nations of the Caucasus. The Crimean Tatars together with the North Caucasians were deported in 1944. A great many people died… Now there is no deportation, but, of course, these people are, or, in any case, a significant part of them, I know, feel discriminated against based on their ethnicity. It defies basic human morality and the Russian Constitution. It's very bad. The situation with the Crimean Tatars definitely calls for very serious and careful consideration. I still don't see any signs of this," he explained.

In Crimea, on February 11th, searches were conducted in the homes of several Crimean Tatars. 12 people were detained, and most were released following interrogations by agents of Russia’s Federal Security Services (FSB). The Russian prosecutor of Crimea, Natalia Poklonskaya, later announced that 4 individuals had been arrested within the framework of a criminal investigation into the activities of the "terrorist organization 'Hizb ut-Tahrir'”.

On February 12th, more than a dozen more searches were conducted by Russian FSB agents.

The Mejlis of the Crimean Tatar people called the human rights violations on the peninsula a new wave of repression against the Crimean Tatars. The Ministry of Foreign Affairs of Ukraine submitted an official letter of protest to the UN on February 12th, and called on the international community to apply more pressure on Russia to protect the rights of Crimean Tatars.