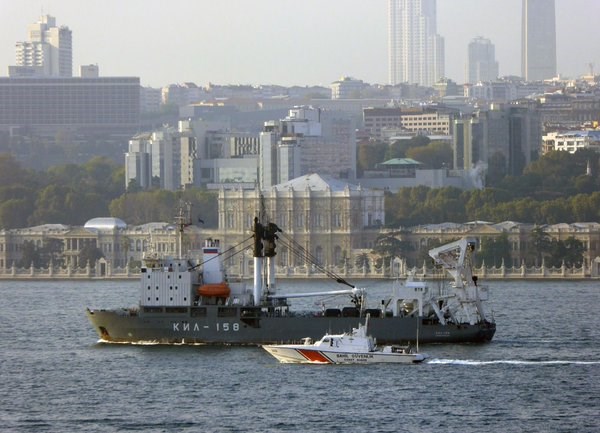 On Sunday, a KIL-158 Russian vessel, with cargo bound for Syria, sailed through the Black Sea. This was reported by Turkish newspaper, Hurriyet.

The website uploaded a video showing the vessel passing Istanbul. The newspaper speculated that there were possibly two tanks on the deck under a camouflage net.

The vessel was accompanied by a Turkish Coast Guard ship and a police helicopter.

The media had also reported that the landing ships and auxiliary vessels of the Russian Navy were involved in the operation, which has been named “The Syrian Express”. Its apparent goal is to deliver ammunition to a Russian aviation division in Latakia. Another goal is to deliver ammunition to the Syrian army, which will be used in clashes with Islamist groups, including the so-called Islamic State.