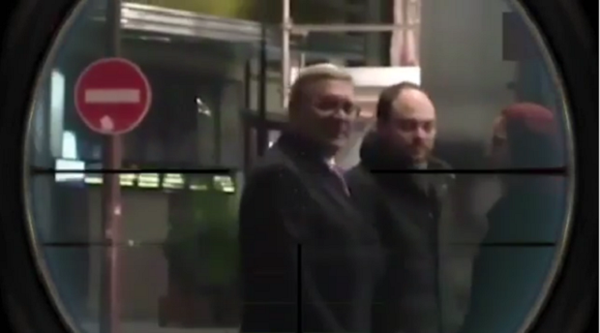 PARNAS Chairman Mikhail Kasyanov announced that the FSB told him that they did not find anything wrong with a video posted by Chechen head Ramzan Kadyrov that showed Kasyanov through the optical site of a rifle.

The video appeared on Kadyrov’s infamous Instagram account on February 1st and showed Kasyanov and another PARNAS leader, Vladimir Kara-Murza, through the crosshairs of a gun. "Kasyanov arrived in Strasbourg to acquire money for the Russian opposition. Those who haven't understood it yet, will get it," Kadyrov wrote in video description.

A representative of Instagram stated that the video didn't comply with the terms of service and therefore it was removed.

Kasyanov announced on Sunday that the FSB did not find anything illegal in the video posted by Kadyrov.

"If the FSB does not find any sort of wrongdoing, it means that the FSB and Putin, as the head of the security services and all law enforcement agencies, in fact, encourages such methods of political struggle against me, and the entire democratic coalition of PARNAS," said Kasyanov, as reported by Dozhd.