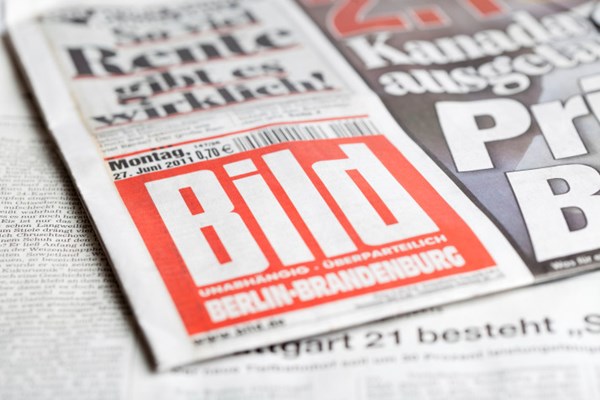 The sports editor of Bild newspaper, Walter Straten, said on June 20th that the German newspaper would not include the results of Russian athletes in the medal table if the Russian team is allowed to participate in the upcoming Olympic Games in Rio de Janeiro. According to Straten, the International Olympic Committee and its President, Thomas Bach, have not yet decided on Russia’s participation in the Olympic Games.

“We will not do so. If Russia is allowed in the Olympics, Bild will remove its results from the medal table and announce the results of Russian athletes as invalid,” the journalist noted. Straten does not suggest that all Western athletes are clean and that all Russian athletes use drugs. He noted that doping also happens in German and U.S. sports.

“However, the fact that the whole state, Ministers and Security Services were involved in organized doping is such a horrific scandal that it requires a serious response: full disqualification,” Straten concluded. Bild is Germany’s largest newspaper with a daily circulation of about two million copies. Earlier, the International Olympic Committee reported that it will decide on Russia’s participation in one week.

On the 18th of July, the World Anti-Doping Agency (WADA) published a report about the withholding of positive doping samples of Russian athletes. In November 2015, WADA accused Russia of violating anti-doping rules and encouraged the International Association of Athletics Federations (IAAF) to exclude Russian athletes from participation in competitions, including the 2016 Olympic Games in Rio de Janeiro.

IAAF followed the recommendation and suspended the All-Russia Athletic Federation (ARAF). In June 2016, the IAAF Council upheld the disqualification of ARAF, effectively suspending Russian athletes. The International Olympic Committee (IOC) supported this decision. However, it didn’t exclude the whole Russian team from taking part in the Olympics. IOC allowed the participation of Russian athletes whose disqualification will be withdrawn individually.

On the 2nd of July, 68 Russian athletes filed a lawsuit with the Court of Arbitration for Sports to challenge the IAAF’s decision. The Court has pledged to issue a decision on the 21st of July.