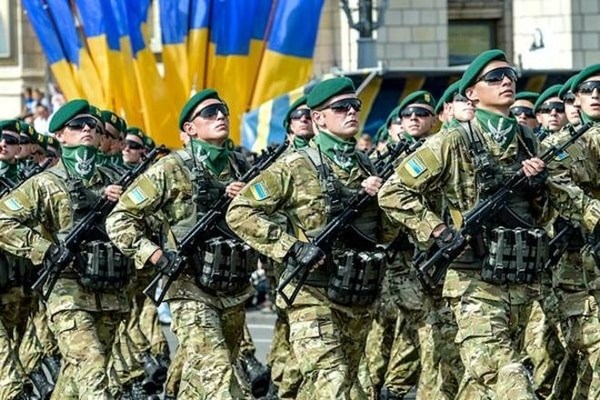 The Head of the Reservist Department in the of General Staff of the Armed Forces of Ukraine, Colonel Mikhail Scherbina, stated that the army reservists are willing to be deployed to the front line in case of aggression against Ukraine.

“We held a survey and 80% of reservists stated that if the situation escalates, they will come back to the army. These people have served their term, paid their debt and now live their peaceful lives. All of them say – we will live our nornal lives until it's relativey quite in eastern Ukraine but if there is an aggression and the enemy tries to check our readiness, we will come,” Scherbina said at a press briefing at military training ground in a town of Honcharivske (Chernihiv region).

Scherbina stated that Ukraine has a law according to which all people who were conscripted into the Ukrainian army service are enlisted in operational reserve after their term is over.

“They are enlisted in the operational reserve without signing any contracts. Currently, we have large number of such reservists. Forty-seven thousand servicemen completed the army service during  the fourth wave. All of them are enlisted in operational reserve. It happens like that – people complete their military service, have a rest of one month and then come back to military training. All people come and come voluntarily,” Scherbina noted.

On the 14th of June, the President of Ukraine, Petro Poroshenko, stated that Ukraine should prepare its infrastructure in order to rapidly deploy partisan movement in case of Russia’s aggression.

“We should take stock of lessons learned by us and forecast the further actions of the Russian Federation. The search for effective strategies of protection from hybrid threats should be constantly conducted,” Scherbina said.