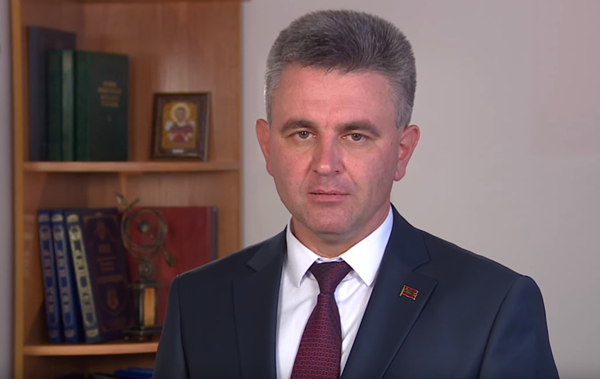 Vadim Krasnoselsky, the President of unrecognized Transnistria, is a citizen of Ukraine, and he has visited Ukraine using a Ukrainian passport, reports Rise Moldova news outlet.

Major-General Krasnoselsky was the head of the Ministry of Internal Affairs of Transnistria until 2016. For the last eight years, he was on a wanted list in Moldova. At the same time, almost every month he entered and left Ukraine using passports of different countries.

From 2007 to 2015, he used a passport of a Russian citizen more than 300 times and used Ukrainian passport at least ten times. He has also visited Kyiv, Kharkiv, and Odesa.

The Ukrainian Ministry of Internal Affairs reported that since March Krasnoselsky is not wanted by Ukrainian authorities, but they didn't explain whether he was wanted earlier.

However, the document is attached to the article that shows that an international warrant for his arrest was issued in 2007. He was taken off the wanted list in 2015 at Chișinău request. Less than a year later he became the "President" of Transnistria.

The Moldovan government is still interacting with Krasnoselsky and does not prohibit the Foreign Ministry of Ukraine to talk with him as well.