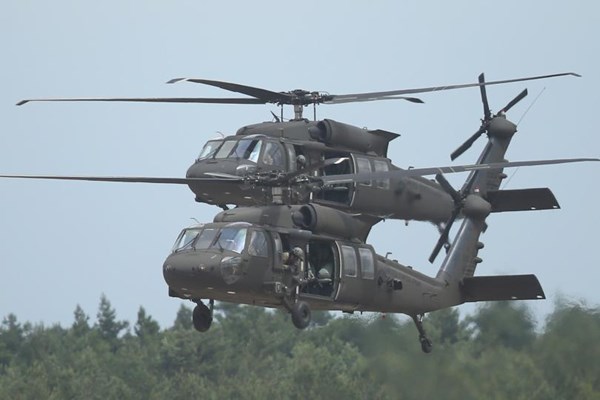 The Lithuanian Defense Ministry has decided to buy six new American UH-60M Black Hawk helicopters. The cost of the deal is estimated at €300 million, but part of this amount will be covered by Lithuania’s ally – the US, writes the Lithuanian news outlet Delfi.

The Lithuanian military will be purchasing the six new Black Hawks to replace the Soviet-era Mi-8 helicopters currently in the armament. According to the Defense Ministry, the Soviet helicopters are already old and extremely difficult to maintain, because they are nearly completely worn out, and spare parts are hard to get hold of, since they are produced in Russia.

The new universal UH-60M Black Hawks will be used to modernize Lithuania’s own armed forces and equip the multinational NATO mission in the Baltic region. The contract is slated to be signed next year, and the helicopters are expected to arrive by the end of 2024. A portion of the €300 million cost of the contract will be covered by the US’s security assistance program.

The helicopters will be bought directly from the US government. Lithuania will acquire not only the universal combat helicopters, but also a package that includes training for personnel and spare parts and other necessary equipment. There is also a good chance that Lithuania will receive additional financial assistance from various US security assistance funds, observed Lithuanian Defense Minister Raimundas Karoblis.

The UH-60 Black Hawk is a multirole helicopter designed by the US-based Sikorsky company. It was first commissioned in 1977 and has undergone multiple upgrades since then. The helicopter is designed to transport 11 fully-equipped soldiers.