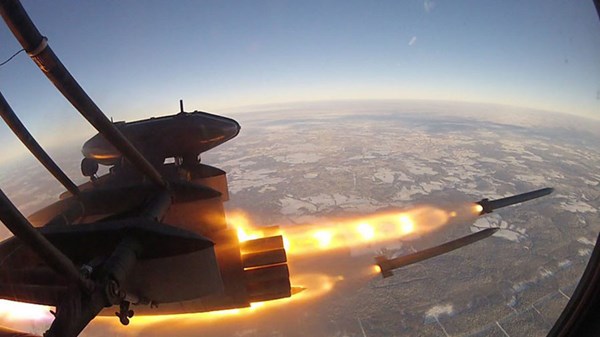 Russia is intensively working on creating a new generation of Monolith aviation guided missiles. According to the deputy general director of the Tekhmash Concern (part of Rostec State Corporation) Alexander Kochkin, a prototype of this “product” may be ready in two or three years.

“We will not disclose full information on the Monolith missile. This is a new generation aviation guided missile that will belong to the high-precision weapons class,” RIA Novosti quotes Kochkin.

According to him, the development is financed by their own funds, and a prototype will be ready in late 2021 - early 2022.

On May 15, the director general of Roscosmos, Dmitry Rogozin, did not rule out that his corporation would send the draft design of a super-heavy rocket for the government’s approval.

However, recent news from this state corporation has resembled a crime chronicle. In late April, Roscosmos revealed a 500 million rubles ($12.35 million) fraud.

The director general of the Roskosmos research institute for space instrumentation fled abroad as soon as the corporation started an audit.

On May 15, the head of the Investigative Committee of Russia, Alexander Bastrykin, said that billions were "stolen from this corporation."