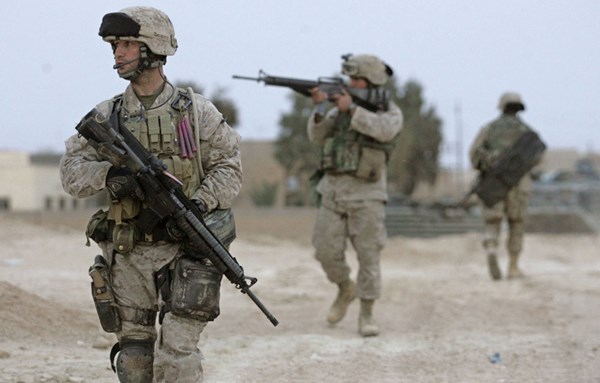 The editorial board of Ochevidets (the eyewitness) claims that since 2014, the US has maintained a secret special forces base in Estonia, the Estonian Public Broadcasting (ERR) reports.

The presence of a secret US special forces base was first suspected after one of the journalists from Ochevidets supposedly obtained access to a Pentagon document which stated that Washington was allocating $15.7 million to Tallinn for a “specific facility”.

“The foreign and local media has speculated for several years that US special forces will be deployed in the Baltic states on a permanent basis, but these rumors are always denied,” the article states. However, the editorial board of Ochevidets claims to have found the secret base, although it has not disclosed the location. Its journalists supposedly took nearly six months to find it.

Lieutenant Colonel Kevin Stringer, who has served in the US’s Special Operations Command in Europe, reportedly said that a training base is going to be built in Estonia for the secret special forces. “We have been here permanently since 2014, and we sometimes need more space for our activity,” he is cited as saying.

According to the ERR, the deployment of a US special forces base in Estonia was prompted by Russia’s annexation of Crimea. Washington and Tallinn are believed to have signed an agreement to this effect. The aforementioned $15.7 million is believed to have been allocated to the construction of a training base.

There is no information on the size of the division in Estonia, since this is a state secret. Ochevidets’ reporters were permitted to photograph only flags and signboards at the base.

According to the documents that Ochevidets claims to possess, the financing will be used to build barracks, a shooting range, a munitions depot and tower for drying parachutes. “Construction has already begun and the facilities will be completed next year,” the article states.