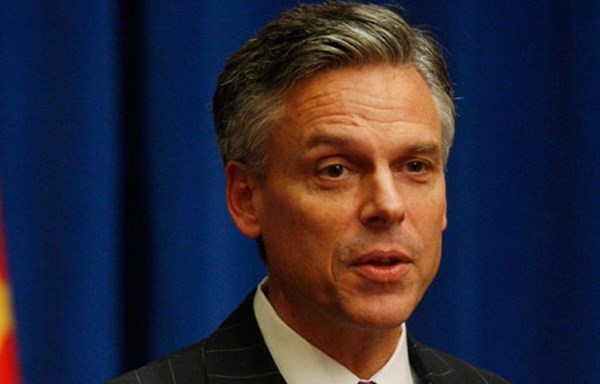 It is unlikely that US Ambassador to Moscow Jon Huntsman will attend the St. Petersburg Economic Forum while Michael Calvey, the head of the Baring Vostok investment fund, is under arrest in Russia, Andrea Callan, said the representative of the American diplomatic mission, as quoted by RBC.

“Ambassador Huntsman told business circles that it would be hard for him to attend the St. Petersburg International Economic Forum due to the arrest of Michael Calvey, an American investor charged in a criminal case related to a commercial dispute,” the statement of the embassy reads. It was noted that Calvey’s arrest undermines the efforts to establish stability and transparency that are necessary to attract new investments in the Russian economy.

Sources of the Financial Times had reported earlier that American officials and businessmen planned to boycott the St. Petersburg Economic Forum 2019. In particular, Ambassador Huntsman, as well as the heads of large companies and investors, spoke against taking part in the event, Financial Times wrote.

The Roskongress Foundation said that they had no official information about the plans of the American ambassador regarding his presence in the St. Petersburg Economic Forum. The foundation clarified that the American delegation had received invitation in fall.

Calvey has been accused of embezzling 2.5 billion rubles (around $38 million) from Vostochny Bank through a deal to sell the bank shares in the Luxembourg-based Financial Technology Group at a deliberately inflated price.

According to Calvey, these developments are connected to a conflict between himself and another shareholder in the bank, Artem Avetisyan, who is also a member of a public council at the FSB, where the lawsuit was filed.

“Before the merger of Yuniastrum Bank and Vostochny, Artem Avetisyan withdrew significant sums from the bank he controlled through fictitious deals – they bought a mushroom farm, a canning plant and so on. We were preparing for the merger and could not control these deals,” Calvey told the Basmanny Court on 15 February.

Baring Vostok had previously filed a lawsuit at the London Court of International Arbitration in order to dispute Avetisyan’s deals. Avetisyan responded by exploiting his connections to the law enforcement authorities in Russia.

According to business ombudsman Boris Titov, the arrest itself is illegal: article 108 of Russia’s Criminal Code prohibits the provisional arrest of a person believed to have committed economic crimes. The same applies to part 4 article 159, which the charges against Calvey are based on. In such a case, other interim measures must be used – house arrest, bail, or a pledge not to leave the country.