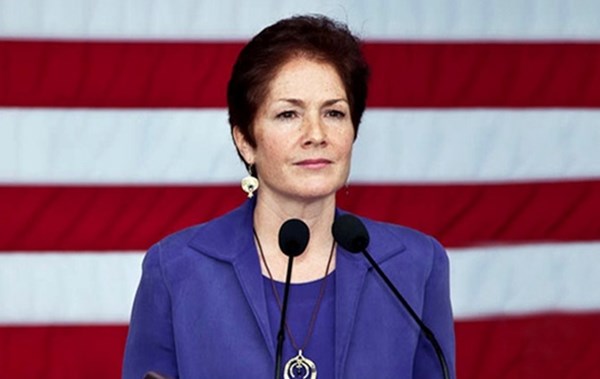 Since 2014, the United States has funneled nearly a billion US dollars into Ukraine for improving security, US Ambassador to Ukraine Marie Yovanovitch said in an interview with Zavtra, a joint project of Radio Liberty and 112 Ukraine, on the evening of April 22.

When asked when Ukraine would receive defensive weapons from the United States, Yovanovitch replied: "I cannot say anything new about this. You know, obviously, this is not the kind of information that we publicly speak about."

Yovanovitch continued to speak of the colossal amount of money allocated to Ukraine so far. “This, of course, includes the equipment, and we often focus on this, and I think we provide a lot of important equipment, including night vision goggles, radars, etc., which not only improve the opportunities, but also save the life of the Ukrainians," she noted.

"However the most important investment, according to our and your generals, is training, which is carried out for Ukrainians not only by Americans but also by other NATO allies," the ambassador said.

"Despite the fact that the main merit belongs to Ukrainian soldiers who were so brave and defended Ukraine on the front line, I think that the training helped to strengthen their capabilities and I know that our soldiers are amazed at how Ukraine has changed," Yovanovitch added.

In February, the US government donated 2,500 night vision devices to the Armed Forces of Ukraine worth a total of $5.8 million. The US draft budget for 2019 provides for $200 million to help Ukraine strengthen security and defense.

On March 1, the US State Department approved the possible sale of Javelin portable anti-tank missile systems to Ukraine worth $47 million. Earlier, Ukrainian Defense Minister Stepan Poltorak stated that the decision to hand over the Javelins would be "very timely" and that the time frame didn’t matter.

On December 23, 2017, the US State Department said that the United States would provide Ukraine with "enhanced defensive capabilities." In response, the Kremlin warned of possible bloodshed in the Donbas. Foreign Minister Pavlo Klimkin said that the weapons would be used only in case of provocations by separatists, not to escalate the conflict in the Donbas.

It was also reported that the US is worried that US military technologies could fall into hands of the Russian military.