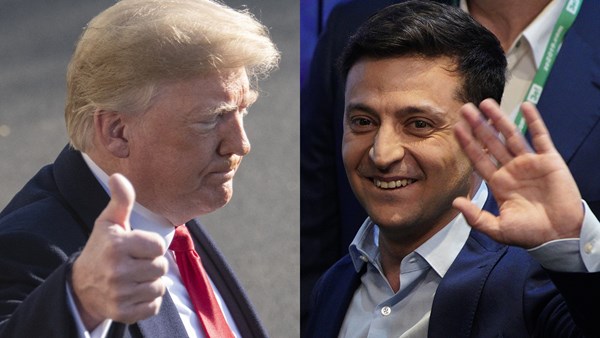 The meeting of Ukrainian President Volodymyr Zelensky and the US President Donald Trump will be held on September 25, reports the Mirror Weekly (Dzerkalo Tyzhnia) news outlet, citing a source close Zelensky.

The scheduled duration of the meeting is 45 minutes. "However, the meeting may last longer," reports the Mirror Weekly. Ukrainian and American presidents will discuss the conflict in the Donbas and attracting American investments in the Ukrainian economy. It is expected that Trump will also discuss the Burisma investigation.

Earlier, it was reported that the upcoming visit of the Ukrainian President Volodymyr Zelensky to the United States will start on September 23. The President will attend a session of the UN General Assembly.

At the forum of the Yalta European Strategy (YES), Volodymyr Zelensky said that his meeting with Trump should take place before the end of September.

The first personal meeting between Trump and Zelensky was scheduled in early September in Poland as part of events related to the 80th anniversary of the beginning of World War II. But the US President canceled his visit because of the hurricane in Florida.

The day before, Ukrainian President Volodymyr Zelensky had a telephone conversation with the US Vice President Mike Pence.