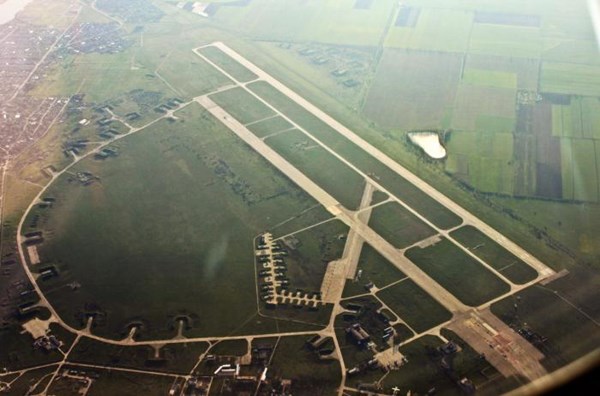 A Ukrainian official, on the condition of anonymity, told The Washington Post that Tuesday’s attack on a Russian air base in the occupied Crimean Peninsula was the work of Ukrainian special forces.

At least three explosions hit the Saki air base on the Crimean coast. The base is home to the Russian Black Sea Fleet’s 43rd Independent Naval Attack Aviation Regiment and other units. Immediately prior to the attack, the base housed around a dozen each Su-24 frontline bombers and Su-30 fighters, as well as Mi-8 helicopters and Il-76 cargo jets.

The Ukrainian air force claims nine Russian military aircraft were destroyed at the base.

The Kremlin said the explosions were a result of an accident.

The official did not disclose details of Tuesday’s attack, but the attack demonstrates the Ukrainian military’s ability to strike farther behind Russian lines than was previously thought. The base is approximately 120 miles from the front.

Ukraine’s special forces are known to be engaged in a campaign to infiltrate Russian-held lines and to coordinate with local partisans to carry out attacks.