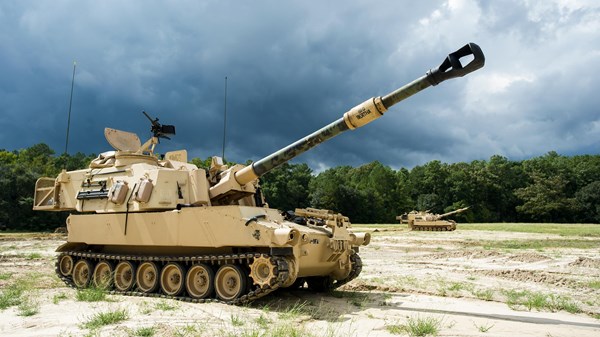 "Three types of 155-mm artillery are already successfully operating on the front line - the M777 howitzer, the FH70 howitzer, the CAESAR self-propelled gun. It was simply unrealistic to think about it back in March. But today it is already a reality... I am glad to announce the news - the fleet of 155-mm caliber artillery is growing. Ukraine has already received one of the modifications of M109," Reznikov wrote.

He assured that this is a very high-quality equipment, and its arrival was the result of cooperation between several countries.

"I also want to inform you that the coastal defense of our country will not only be strengthened with Harpoon missiles, but they will also be used by trained Ukrainian teams. I am sure that the combat brotherhood of Harpoons and our Neptunes will help liberate and make our Black Sea safe again, including reliably protect our Odessa," he stressed.

Also, among the latest arrivals, Reznikov named more than 100 American UAVs of various types. At the same time, he added that, like any minister in his place, he would like to see many more weapons.

"At the same time, we must be aware that over the past month and a half, for example, we have received more artillery shells of the NATO model than there are Soviet-style shells at our disposal! The main thing is that we have already received more than all the factories of friendly countries where the production lines of Soviet-type ammunition remain can produce within six months. And we will get more," Reznikov assured.

According to the Minister, the number of artillery weapons will increase, and the strategic decision to switch to heavy weapons of the NATO model already has a specific direction.

Since the end of February, the United States has supplied Ukraine with almost 24 thousand tons of military equipment and ammunition. Heavy transport aircraft, both military and chartered by the Pentagon, made 486 flights to Europe. In addition, 20 ships, 50 trains and 1.5 thousand trailers were involved in delivering weapons and equipment to Ukraine.