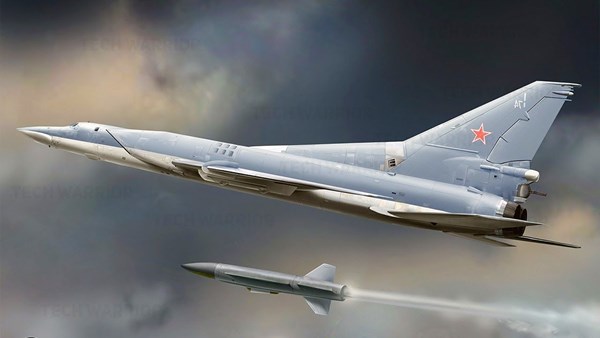 The Ukrainian Armed Forces do not have air defense weapons capable of shooting down the type of missiles which Russia used yesterday to destroy a residential building in Dnipro, said the Commander of the Ukrainian Air Forces, Lieutenant General Mykola Oleshchuk.

"On January 14, 2023, five Kh-22 cruise missiles were fired on the territory of Ukraine from five Tu-22M3 long-range bombers of the Russian Aerospace Forces. Launches were carried out from the Kursk region and from the Sea of Azov. One of the Kh-22 missiles, launched from the Kursk region area at about 3 p.m. 30 min. on January 14, 2023, struck a high-rise building in the city of Dnipro (on Naberezhnaya Pobedy Street)," Oleshchuk said.

He noted that radars detected the approximate launch site, altitude and speed of the rocket. The commander stressed that there is no doubt that it was a Kh-22 missile.

"The Ukrainian Armed Forces do not have weapons capable of shooting down this type of missile. Since the beginning of Russia's military aggression, more than 210 missiles of this type have been fired at the territory of Ukraine. None of them were shot down by air defense systems," he said.

Oleshchuk added that the weight of the Kh-22 warhead is about 950 kg. The maximum range is up to 600 km. When it is fired from long distances, the deviation from the target can be hundreds of meters.

"Only anti-aircraft missile systems, which in the future can be provided to Ukraine by Western partners (such as Patriot PAC-3 or SAMP-T), are capable of intercepting these air targets," Oleshchuk explained.

On January 14, during a missile attack on the Ukrainian city of Dnipro, one of the missiles hit a residential high-rise building causing it to collapse.

Ukrainian President Volodymyr Zelenskyy expressed condolences to all the relatives and friends of those killed in the missile strike on a residential building in Dnipro.

"As of now, 39 people have been rescued, including 6 children. 25 people were killed, including 1 child. 73 people were injured, including 13 children. 43 people are missing. 72 apartments were destroyed, and more than 230 apartments were damaged. Search and rescue operations and dismantling of dangerous structural elements continue around the clock. We continue to fight for every life. My condolences to all the relatives and friends of the victims" the President said.