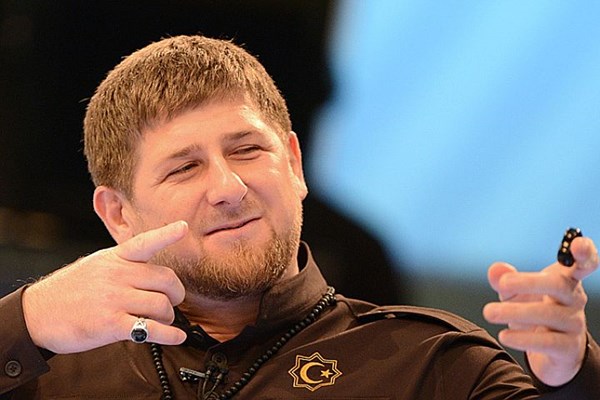 The U.S. State Department has put the head of the Chechen Republic, Ramzan Kadyrov, on the sanctions list for "gross human rights violations," stated the U.S Secretary of State Mike Pompeo.

Restrictions on Kadyrov are imposed under section 7031 of the Department of State, Foreign Operations, and Related Programs Appropriations Act, 2020.

Under this provision, the U.S. Department of State must prohibit entry to a foreign civil servant if there is credible information that he was directly or indirectly involved in corruption or human rights violations.

"The Department has extensive credible information that Kadyrov is responsible for numerous gross violations of human rights dating back more than a decade, including torture and extrajudicial killings," Pompeo said.

According to him, the sanctions will affect the wife of the head of Chechnya, Medni Kadyrov, as well as his daughters Aishat and Karina (aka Khadizhat). The United States intends to encourage the like-minded countries to impose the same restrictions.

According to the State Department Kadyrov also threatened two journalists in connection with their coverage of the COVID-19 pandemic. In addition, the State Department condemns "the decisions of the Russian federal authorities to censor articles that adversely cover the government's response to the pandemic."

Kadyrov responded to the news of the sanctions on his Telegram channel. He posted a photo of himself in a weapons room holding two machine guns. The photo is accompanied by the caption: "Pompeo, we are accepting the fight! It's going to get more interesting!"

In April 2019, under the same law, the head of the Chechen government, Muslim Huchiev, was banned from entering the United States. The U.S. authorities believe he was involved in torture. His wife, Sapiayat Shabazova, was also placed on sanctions list.

The Russian Foreign Ministry said at the time that "the initiators of this step again launched unfounded accusations against the representative of the leadership of the region of Russia." According to Kadyrov, Huchiev was no affected by the entry ban to the United States.

In December of the same year, sanctions for human rights violations were imposed against Aslan Iraskhanov, the head of the Russian Interior Ministry's office in Grozny. The U.S. believes that the former commander of the patrol-post unit Iraskhanov was responsible for the murder of 27 people.