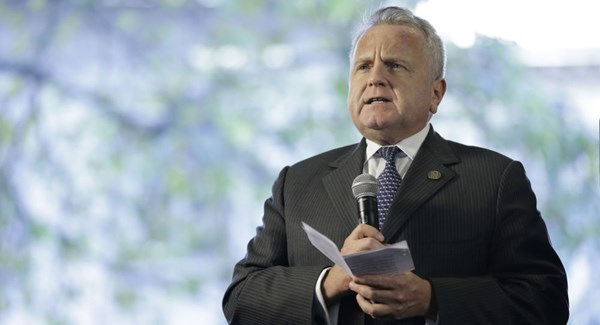 The United States and the European Union do not intend to ease the sanctions imposed on Russia after the annexation of Crimea, said the United States Ambassador to Russia John Sullivan on the TV channel Dozhd.

"We will not ease sanctions, in any case neither the U.S. nor our allies and partners intend to ease the sanctions imposed as a result of these events," Sullivan said.

According to him, German Chancellor Angela Merkel and French President Emmanuel Macron are "deeply committed to finding a solution that is fair to Ukraine and its people."

Sullivan explained that the U.S. will continue to conduct a dialogue on the Donbas in different formats, including Normandy. "We haven't had much success in the last six or seven years, but that doesn't absolve us from the commitment to continue to do so," he said. The ambassador added that the U.S. authorities have not changed their approach to Ukraine, as well as to the Minsk agreements.

Earlier, on January 20, Janet Yellen, as a candidate for the post of U.S. Treasury Secretary, announced her intention to review the country's sanctions policy if her appointment is approved. She noted that, after her candidacy was approved, the agency would "immediately begin" to review the sanctions.