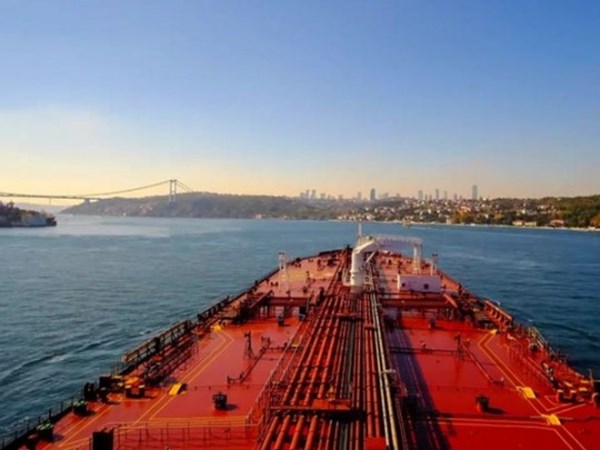 Shipments of Russian oil to Europe through the Black Sea and Mediterranean Sea continue to face difficulties due to Turkey’s decision to change the rules for ships passing through the Bosporus and the Dardanelles, finanz.ru reports.

The congestion of Russian oil tankers and grain carriers departing from Novorossiysk keeps growing, and is reaching all-time records.

On 6 February, 55 ships were waiting for permission to enter the Turkish straits, including 26 Aframax-class and 21 Suezmax-class tankers, with a total of more than 51 million barrels of oil on board.

In one day, the congestion grew by another 4 tankers with 2.3 million barrels of oil, Bloomberg reports, citing the Turkish port operator Tribeca Shipping.

Whereas in summer there was a 1-2 day waiting list for the straits, and not more than 5-6 days last winter, the waiting period is now 16 days for ships leaving the Black Sea and 15 for those entering it.

As a result, every tanker transporting Russian oil and then returning to the port for a new load must take into account nearly a month of waiting on the border of Turkey’s territorial waters.

The delays began in autumn after Turkey tightened its rules, adding to the list of ships that are obligated to make use of tugboats in the straits.

“If the delays continue to increase, the Mediterranean Sea oil refineries will quickly find themselves in a difficult position,” observes James Davis, director of Facts Global Energy.

The Novorossiysk Port, through which Russia ships roughly 14% of all its oil exports – roughly 720,000 barrels per day – is falling behind schedule due to the delays with the tankers.

Another route for the tankers to Europe is through the Baltic Sea. The Primorsk and Ust-Luga ports are expected to offload 18.8 million tons between January and March, roughly one third of all Russia’s oil exports.