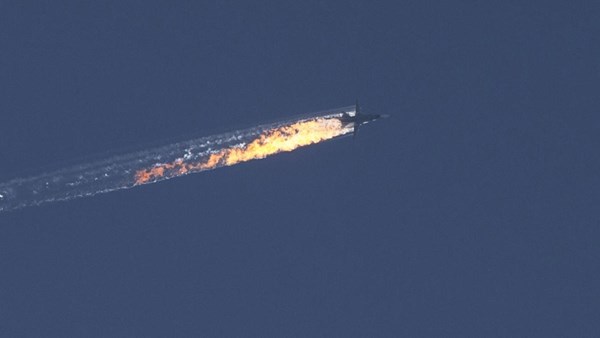 The Syrian army has suspended flights in the northwest of the country after one plane was shot down by Turkey, reports the Turkish news agency Anadolu.

The agency claims it has obtained an audio recording of the conversations of the Syrian pilots.

According to Anadolu, as soon as the first plane was attacked, the dispatcher contacted the pilot of the second plane, which was in northwestern Syria at the time.

"Hawk-12 was shot down," the air traffic controller told the pilot of the plane, which was near the city of Saraqib.

"I hear, I hear. I'm coming back," the pilot replied as cited by Anadolu.

The airstrikes in the region are now carried out only by the Russian Air Forces.

Earlier today, it was reported that a Turkish F-16 fighter jet shot down an Assad army plane in Idlib. The Turkish Defense Ministry confirmed this information, clarifying that the Turkish Air Force destroyed the Syrian Army L-39 aircraft.

In turn, the Syrian army says that over two days it down six Turkish Bayraktar combat drones.

A few days earlier, Turkey launched a new operation in Syria called the Spring Shield. Turkish authorities claimed that the only purpose of the operation was self-defense against the Assad regime's army.