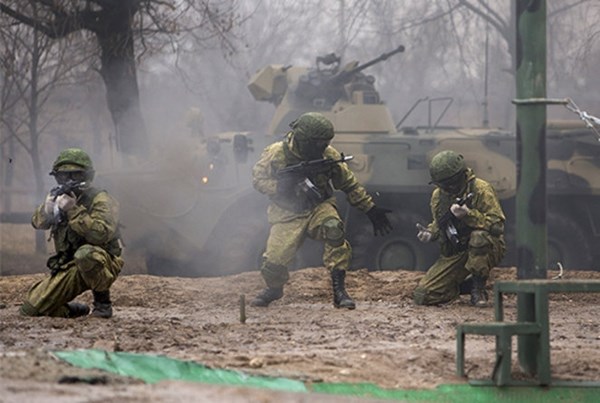 The owner of the Wagner private military company, Yevgeny Prigozhin, announced the creation of training centers for militiamen in the Kursk and Belgorod regions, reports the Telegram channel "Prigozhin's Cap".

According to channel, the militia should consist of residents of the region. At the same time, Prigozhin promises to finance the centers himself. "I don't need either the federal or the regional budget, I don't need anything," Prigozhin said.

"If you are the owner of a small factory that employs 100 people, and 50 of them are mature males, then 25% should serve in the trenches, and 75% should continue their labor activity. And so, it goes - one week in the trenches, three days at home, and then back to the production line. In this case, when the enemy comes to the Russian land, all 100% will stand up for the defense of their country. 10 people are enough to cover one kilometer of the contact line. For 100 km - 1000 people. Behind them, inland, mobilized military units and other facilities with security forces should be located. A local resident, like no one else, knows these territories, is able to fight the subversive groups and take the first blow, if necessary, " Prigozhin says.

Earlier, the Ukrainian Center for the Study and Countering Hybrid Threats found and verified more than two hundred letters signed by Andrei Troshev (one of the leaders of the Wagner PMC) with condolences to the families of Wagner mercenaries recruited in Russian colonies. In total, as of mid-October, more than 500 inmates were killed in Ukraine. The letters are accompanied by a posthumous medal "For Courage", and the documents themselves are neatly numbered. The news outlet The Insider managed to contact some relatives of killed inmates. They confirmed the information that their relatives went to war from the prions and died in the territory of Ukraine.