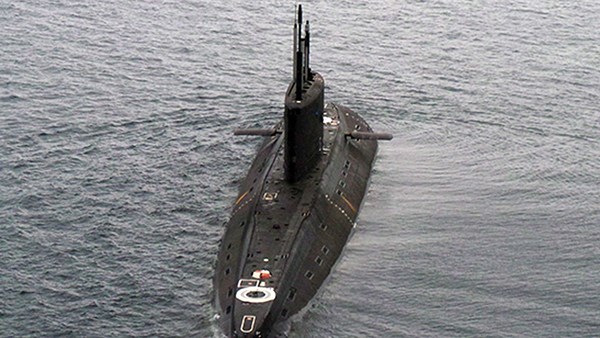 The Russian diesel submarine Kolpino, which can carry Kalibr cruise missiles, began the exercises in the Black Sea amid the international military maneuvers Sea Breeze 2021, which are headed by Ukraine and the United States and attended by other NATO members and their partners.

"During the complex exercise, the submariners worked out algorithms for the management of the submarine during both regular and emergency surfacing and submerging, performed submerging to different depths with a maximum depth of more than 200 meters," Interfax quotes the statement of the Russian Black Sea Fleet.

It is noted that the exercises were held " at one of the naval test sites in the Black Sea under the plan of combat training of the submarine forces."

“The next stage of the training will be a deep-sea dive with "submarine sitting on the seafloor," said the press service of the Russian Black Sea Fleet

The Russian military also reported that crews of Ka-27 helicopters from a separate mixed air regiment performed flights from the deck of the patrol ship Pavel Derzhavin.

"About ten takeoffs and landings on the deck of the ship" were made.