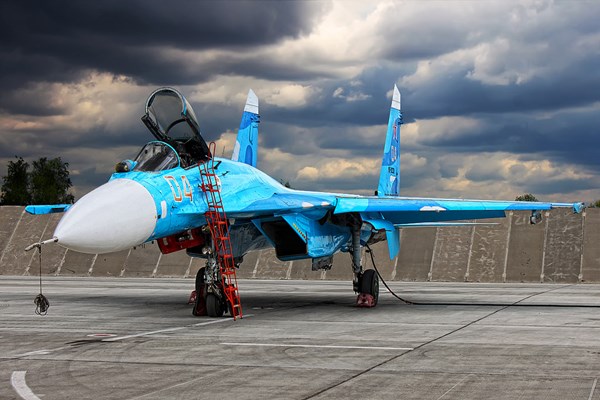 Part of the tail came off the latest Russian Su-27SM fighter during flight tests in winter last year.

The incident took place in the middle of December last year, but only came to light recently.

As reported by the Telegram channel “Mash”, the plane was being flown by Kitaev, an experienced test pilot, who was supposed to test the strength of the fighter and push it to its top speed.

As the aircraft’s speed approached its limit, Kitaev heard a loud bang and felt a sharp jerk in the hull. In the rearview mirror he noticed that the fighter was missing fin parts on the left, and thus he had to make an emergency landing.

According to the Telegram channel, the reason for the incident was that “the wrong bolts were used” during the plane’s assembly, and the bolts were also too loose. A part was ripped off its fastenings by the airflow.

The Su-27SM model is a qualitatively new and highly modernized version of the Su-27. The most significant differences are in the steering system and the combat integration system. The plane’s armament includes a new weapon that can destroy both airborne and seaborne targets. It is equipped with a latest generation radar system that allows it to track objects.