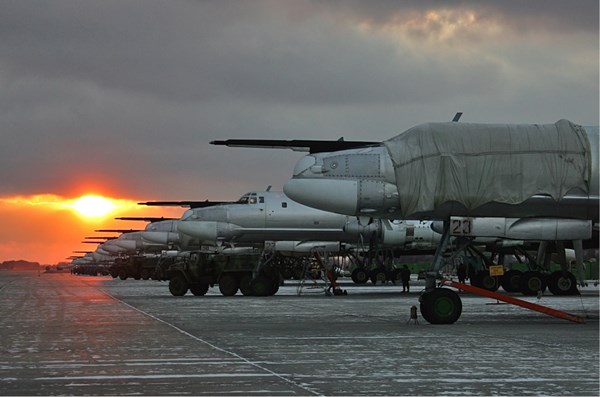 On the morning of December 5, emergency situations occurred at two Russian air bases. In one of the accidents a fuel truck exploded at the Dyagilevo airfield, reported the Russian news agency TASS.

"Three people were killed, five were injured. Two out of five suffered serious injuries," TASS quotes one of its sources. The Ryazan Regional Hospital confirmed that 5 people had been hospitalized. "We accepted five victims after the explosion at the airfield near Ryazan," TASS correspondents were told by the hospital officials.

"According to the preliminary reports, a fuel truck caught fire as a result of the explosion. According to preliminary information, nine people were injured, three of them died, " reported the local news outlet RG62.info. A plane was damaged in the accident. Investigators are at the scene to establish the circumstances of the incident.

The Dyagilevo airbase is located on the western outskirts of Ryazan. The 360th Aircraft Repair Plant is located near the base. The air base also hosts the 43rd Center for Combat Use and Training of Flight Personnel (Long-Range Aviation Personnel). IL-76 tanker planes are based at the airfield.

The adviser to the Ukrainian Presidential Administration, Oleksiy Arestovich, reported an explosion at another military airfield in Russia.

"The maintenance personnel of two Russian airbases had a successful smoke break. These are Dyagilevo and Engels, where strategic bombers that strike at Ukraine are based. According to Russian sources, at least three aircraft were damaged. Continuous combat smoking is a strong guarantee for the collapse of the Putin’s regime," Arestovich wrote on Facebook.

Footage from surveillance cameras showed an explosion at the Engels-1 airfield in the Saratov region confirming Arestovich’s report.

The news outlet ASTRA clarified, citing sources, that Tu-95 aircraft were damaged in the explosions.

"The attack occurred this morning, December 5. An unidentified drone fell on the runway at the Engels-1 air base. As a result, two Tu-95 missile-carrying bombers were damaged. Two servicemen were injured and hospitalized, " ASTRA writes on Telegram.

Earlier, satellite images of the Engels-2 airfield near Saratov showed a large than usual number of bombers at the airfield. According to experts, almost two dozen Tu-95 and Tu-160 bombers may be preparing for a new massive attack on Ukraine.

Engels is one of the most important bases of the Russian Air Force. Two regiments of strategic bombers, which are part of the Russian tactics of air nuclear deterrence forces, are based there.