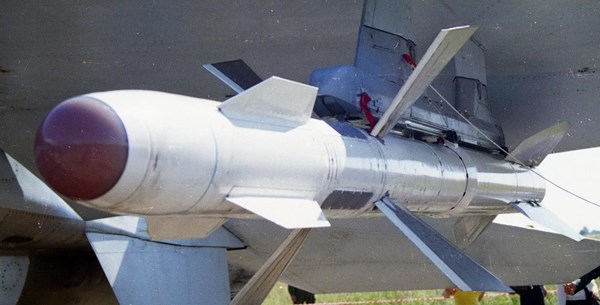 In an airfield near Saki in the annexed Crimea, two Russian soldiers accidentally fired an air-to-surface missile in a hangar, Kommersant reports.

The X-29TD missile was fired by two naval aviation soldiers from Russia’s Black Sea Fleet. The missile’s 100 kg warhead did not detonate. If it had, the consequences could have been catastrophic.

Russia’s Investigative Committee charged the two soldiers, Alexey Chebanov and Nikolay Zverev, with breaking the rules for handling weapons in a way that is dangerous to others. Their case was considered by the Crimean Garrison Military Court.

The soldiers’ negligence resulted in two X-29TD missiles having to be written off, as well as a special apparatus for testing the missiles’ combat readiness. The hangar also sustained severe damage.

“At roughly 13:30, according to the investigation materials, the soldiers… did not check, as prescribed by the procedural regulations, that the X-29TD’s check mechanisms were in working order,” the case materials note.

The checking procedure caused the 700 kg missile to fire, taking out another missile and other equipment before destroying part of the hangar’s roof and wall. The two missiles were worth an estimated $276,000 and the other equipment a further $142,000.

A forensic examination apparently indicated that the missile’s pin had fired before the missile was tested with the appropriate equipment.

The Russian Defense Ministry estimated that the incident caused roughly $695,784 in material damage, not to mention the threat that it posed to others.

The court decided to punish the two soldiers by limiting their military service for fifteen months. 15% of Chebanov’s pay will go to the state, whereas Zverev, who has four young children, will lose 10% of his pay for one year.

During the limited military service period, Chebanov and Zverev cannot be promoted, and the time does not count towards their years of employment.